Harvey Guillén, the actor who plays Guillermo, claimed the rumors surrounding the third installment to be true. This means that your favorite chaotic vampires are coming back to terrorize the human realm.

The show got entitled One of the Greatest Series of 2020.

The mockumentary revolves around a group of vampire friends residing in Staten Island. Each one of them is more than just a century old, the second season of this franchise was heavily inspired by a 2014 film of the same name.

Each episode offers some exciting content; the show is more of a documentary on vampires. And how often do you see a show like this one? It’s quite intriguing to see the vampires getting used to today’s technology and their interactions with humans and other supernatural beings just add more humor to the show.

Also Read:- Disney’s Jungle Cruise Franchise Is All Set for Its Worldwide Release

The showrunners renewed the franchise for a third season in 2020 but now the question arises when will it be released and who is returning to it?

Well, let’s break it down for you!

What is Official Release Date Of What Do We Do In The Shadows Season 3?

What We Do In the Shadows first debuted in 2019 on FX, later due to the strong ratings it also became available on BBC Two.

Shortly before the release of the second season, the third installment got confirmed on 22nd May 2020. And now finally we have an official release date. 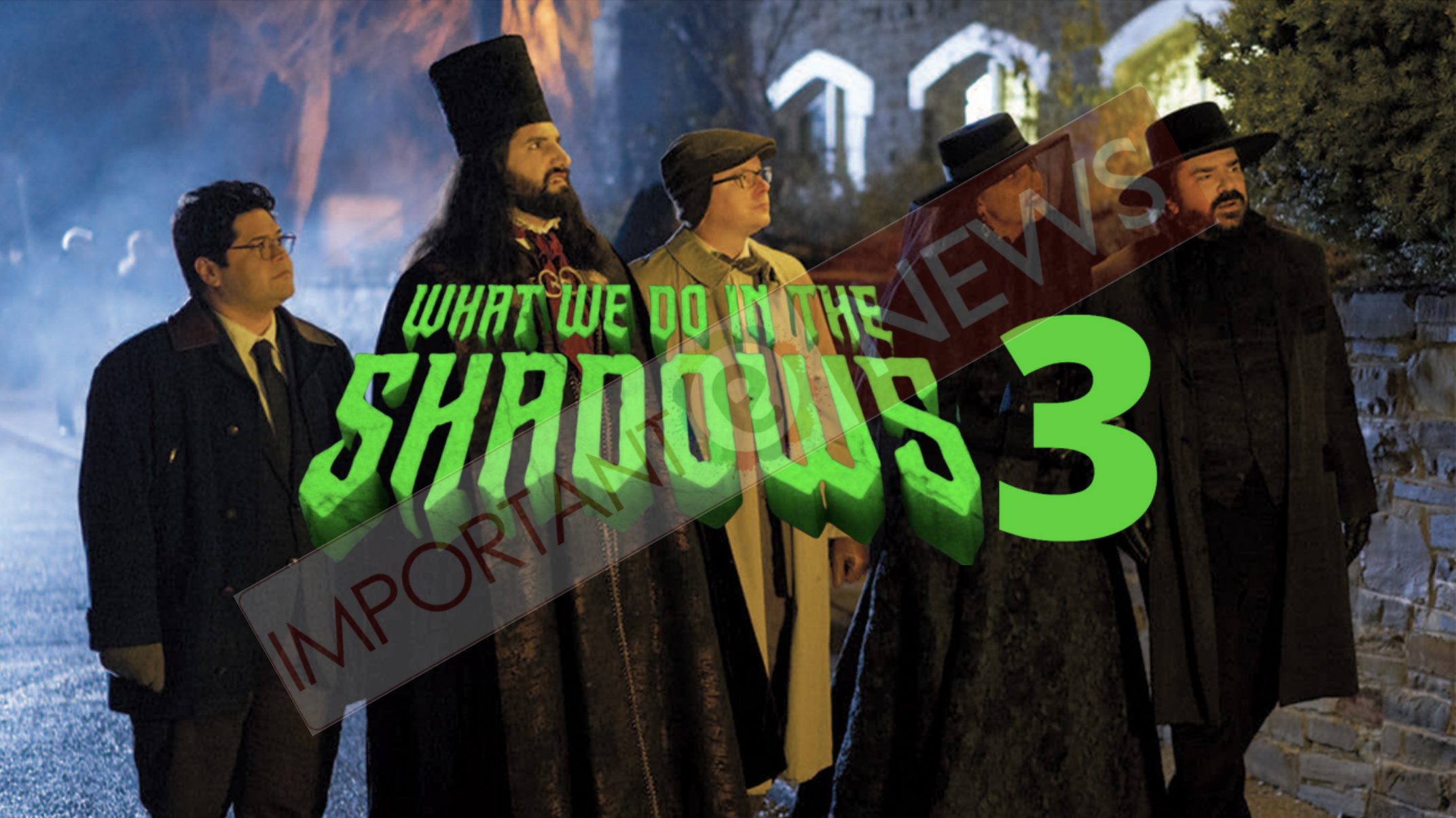 The threequel will come out on 2nd September 2021, but the episodes will not be released at once. Except for the first two episodes which can be streamed back to back.

Will the Original Cast Return For What Do We Do In The Shadows Season 3?

The show has 3 traditional vampires as the main characters; Nandor, Laszlo, and Nadja.

As the show can’t go on without these three it is certain that Kayvan Novak (Nandor the Relentless), Matt Berry (Laszlo Cravensworth), and Natasia Demetriou (Nadja) will star in the third installment.

Other than them there are very high chances of seeing Jim the Vampire (Laszlo’s nemesis) played by Mark Hamill and the new coach of the women’s volleyball team in the upcoming season.

The events of season 2 hinted that Jeff Suckler might get reincarnated and if this is true then Jake McDorman will also star in the 3rd season.

Up till now, FX has not announced the official lineup for the show, so there is a possibility of new cast members too. Hopefully, we will find that out soon in the upcoming weeks!

How Will the Story Continue in the Third Season?

Guillén in an interview confirmed that season 3 will continue the story from where it ended in the second installment.

The second season unveiled Guillermo’s desires to turn into a vampire, and the only person (Nandor) who can fulfill his wishes is not ready to help him out. And this really frustrated him so he left the Staten Island house as a sign of protest.

The group could care less about Guillermo’s departure as they were busy preparing for a vampire event Nouveau Théâtre des Vampires. But little did they know that this event was a trap for them. The vampires who invited them wanted to take revenge for Baron Afanas’ murder.

Nandor, Laszlo, and Nadja who knew nothing about these intentions carelessly fell for their vicious plans. But when Guillermo came to know about this, he without any second thoughts went to save the group. And in order to save them, Guillermo nearly killed every vampire in the hall.

Jemaine Clement has not dropped any major hints regarding the 3rd season but in the upcoming season, gargoyles will be introduced. So, this will take the story in a completely new direction. And now fans are very eager to find out more about the new season.

We’ll get to discover more about the plot once FX drops trailers of the third season.

Where can I Watch the Trailer for the Threequel?

There is no official trailer by FX for the series yet. But as the show is scheduled to be released in September we’ll get to see some official footage in August.

So folks that was all about the vampire documedy! If we get more updates we’ll let you know. So stay tuned!