The Marvel Universe keeps on expanding, and we are not complaining! Another new entry is a TV series “She-Hulk” consisting of 10 episodes, each lasting for around 30 minutes. This show will be a major expansion of Phase 4 of the Marvel Cinematic Universe.

The character who was always regarded as “Hulk’s cousin” is finally getting its own personal show, and we are all here for it. After 40 years of being in MCU, we’ll finally get to see a live adaptation of her. But when will this highly anticipate TV series release?

You’ll get to know all updates about She-Hulk down below.

What is the official release date for She-Hulk?

In 2019, Disney+ hired Jessica Gao to write the script for the TV series. Along with her, they also appointed Kat Coiro to direct some of the episodes.

Loki, Hawkeye, The Falcon, and The Winter Soldier, Wandavision, and Black Widow were released in 2021. This is a lot of marvel content for the MCU fandom. Considering this, She-Hulk won’t release in 2021.

At the D23 Expo, Disney+ confirmed that the TV series would drop in 2022. But up till now, we don’t have any specific release date for She-Hulk. However, as the filming has begun already, the show will most likely drop in the first half of 2022. 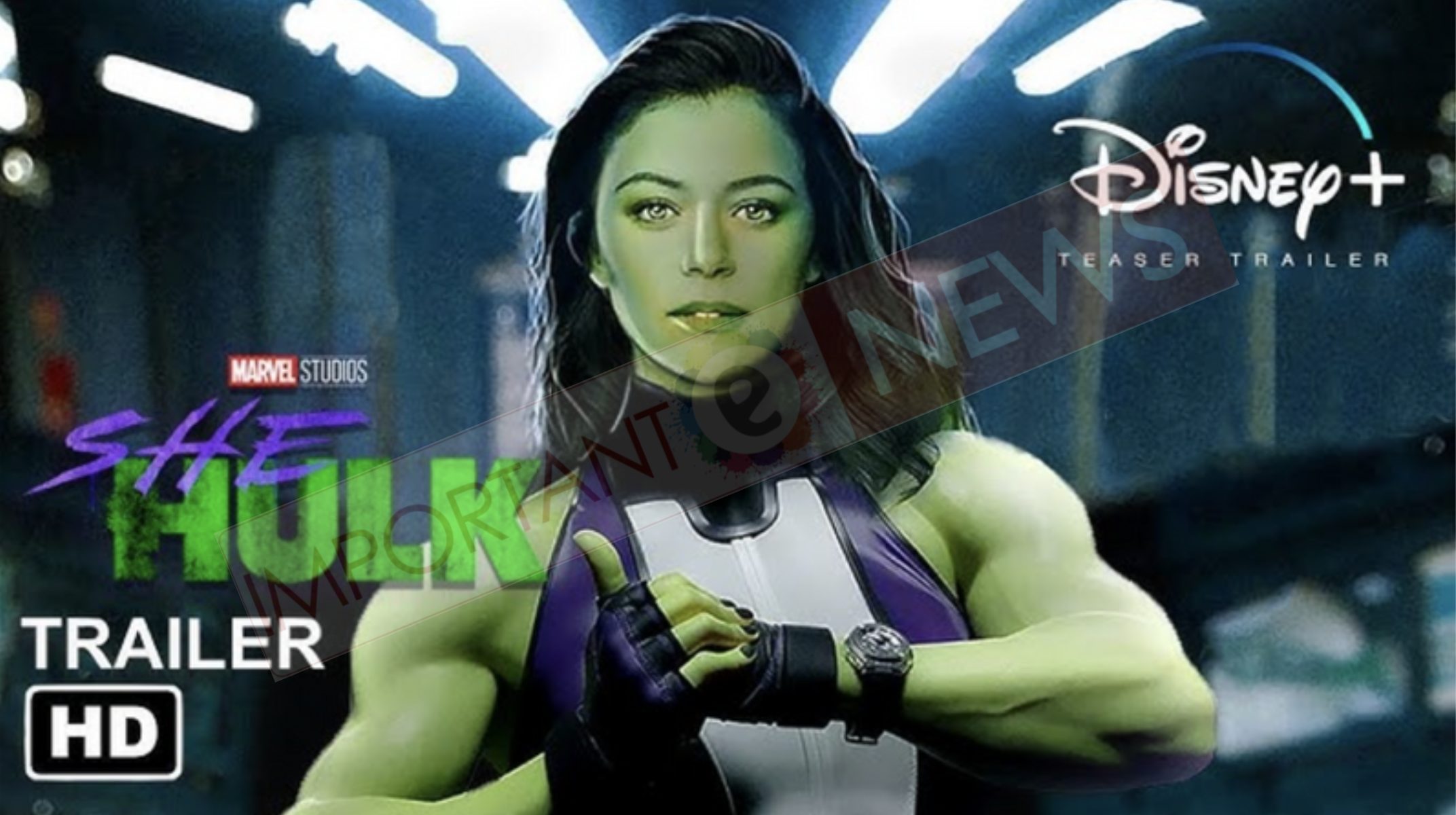 People don’t know much about this character since she is relatively new in the universe. So here is a short synopsis of her.

She-Hulk’s real name is Jennifer Walter, who works as a lawyer. But due to an accident, her cousin Bruce Banner (Hulk) donated blood to save her life. Jennifer doesn’t die, but due to the blood transfusion, she becomes like a female version of Hulk, but unlike him, she still has greater control over her emotions and intelligence.

The character can become extremely powerful and out of control in an intriguing situation. Stan Lee and artist John Buscema wrote the character of She-Hulk together.

Who will be starring in She-Hulk?

Disney+ is yet to reveal the official line-up for the show. But due to some leaks and insider reports, we know about the main cast members. Let’s reveal the big secret!

In the lead, we’ll see Tatiana Maslany playing Jennifer Walters (She-Hulk). Mark Ruffalo will reprise his old role of the big green guy, the Hulk. But this time, he won’t be in the spotlight. Instead, he’ll be restricted to the series as the cousin of She-Hulk.

Tim Roth will play the character of Emil Blonsky, the main villain. After some insane experiments, he becomes even more powerful than Hulk. Jameela Jamil will play another villain named Tatiana.

Other cast members include; Ginger Gonzaga, who will play the character of Walters’ best friend, Renée Elise Goldsberry, starring Amelia, and Anais Almonte, whose character details aren’t disclosed yet.

As Mark Ruffalo is also starring in the show, one thing is for certain that the series will center around the dynamic cousin duo.

Many fans have been questioning whether She-Hulk is connected to other Marvel TV shows. Marvel Studios has not cleared this question, but critics think that the show will likely follow other series events. After all, the whole MCU is interconnected in a very complicated way.

Major plot details are not known yet. The show will premiere in 2022, so providing fans with a storyline so early won’t be a smart idea.

Most likely, we’ll get to see how Jennifer transforms into a huge green woman. And how she copes up with such a big change. Kevin Feige, the head of Marvel Studios, revealed that the character would balance her superhero and normal life. Meaning she’ll be She-Hulk and Jennfier at the same time!

The latest Marvel TV shows have proved to be quite tragic for the MCU heroes, but She-Hulk will be a light-hearted show. It is being developed as a “half-hour legal comedy,” according to Feige.

This is all that we know about the plot so far, but we are hoping that Marvel Studios or Disney+ will bestow us with some valuable information soon! Rest assured. We’ll keep you updated on the matter.

She-Hulk’s trailer or even teasers are not out yet. And spoiler alert, you’ll have to be patient for a long time to get a trailer because the series will come out in 2022, and the trailers usually drop 4 to 5 months before the official premiere.

So that is a very long wait, but hopefully, it will be worth it.