A few months ago, filming for Bridgerton had to be paused because of the Covid cases. However, now that the situation is better, when will Bridgerton Season 2 wrap up its production phase? Most importantly, when will Netflix release the crucial details about the sequel.

If you don’t know yet, Shonda Rhimes has already admitted that the 3rd and 4th seasons of Bridgerton are also confirmed. And the franchise might expand further if the audience keeps supporting the show with the same enthusiasm. After the first season’s release, fans were quite disappointed when news broke out that Duke won’t be returning in the sequel. But eventually, the show regained its hype because the new Sharma family of the second season is worth watching! Shonda Rhimes said in an interview:

The second season will focus on Anthony Bridgerton. Daphne will also be in the picture, but the main plot will focus on Anthony, now searching for a partner. His love interest will be one of the Sharma daughters (or maybe both). The following article contains the official lineup of the cast for Bridgerton Season 2!

Doomlands Animated Series: Is This Series Renewed or Cancelled? 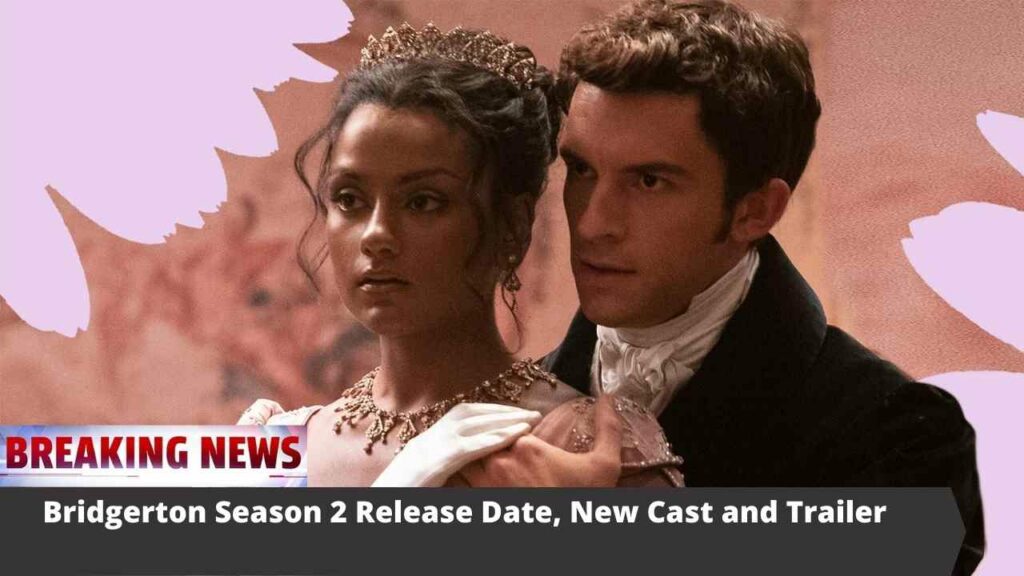 The second season of Bridgerton renewed quite some time ago. However, we got its confirmed release date recently! Bridgerton Season 2 will premiere on Netflix on Friday, 25th March 2022.

This announcement came out in a video of all cast members speaking about the second season. It shook the fandom because they weren’t expecting the sequel to release soon. In Lady Whistedown’s voice, it was announced:

“Dear readers, I know my absence has only made your hearts grow fonder; however, you will not have to wait much longer.”

Rege Jean won’t return for the sequel. He made it quite clear that he was well aware that it was a short-term contract when he signed the contract for the first season. Because as the show proceeds (according to the original series), it does not focus on his character much. But he might feature in the upcoming seasons!

Daphne (Phoebe Dynevor) won’t be the centre of attention anymore. Expect more miniature scenes of her. If not her, then who will be the main character? Well, another Bridgerton sibling will fill in the position. The second season will revolve around Jonathan Bailey (as Anthony Bridgerton). And along with him, Simon Ashely will star as Kate Sharma. Their romantic relationship will surely make the core of the plot.

Charithra Chandran will star as the other Sharma sister Edwina Sharma. Who will also be involved romantically with Anthony? This unusual love triangle will keep the audience hooked. Other cast members include:

Bridgerton Season 2 will follow the story as per the events mentioned in the original book series. And according to the second book, Simon will search for a partner. The Bridgertons and Sharmas will bond a lot in the upcoming season!

Lady Whistledown will make sure to stir controversy regarding Anthony’s romantic relationships. How will the Bridgertons keep up with the rumours? Guess we’ll find out once the show premieres in March.

Rupert Evans is starring Edmund Bridgerton, the head of the family. It means that we’ll get backstory as well. Why? Because the father died before the events of the first season. There are multiple ways to interpret his casting. Either the second season will entail a flashback episode. Or a lot of scenes in which Edmund will feature, or maybe the sequel will begin with him giving some source of information. We are sure that the fans will enjoy his character whatever the situation.

The official trailer for Bridgerton Season 2 is out now. You can stream it on YouTube! If you haven’t watched the first season, all episodes are available on Netflix. Make sure you catch on the missing content before the second season premiers.