The Suicide Squad remains one of the most popular groups in the entirety of DC Extended Universe. The first film that came out in 2016 did not do well, and the critics were not amused. However, the sequel or the reboot of the same film is written and directed by Gunn! So, we have high hopes for Suicide Squad (2021). Below you’ll read more about Suicide Squad 2!

The upcoming film will consist of some old characters (from the first film), and some new characters are introduced too. Who are these characters? You’ll find that out later in the article.

Moreover, Gunn was given full liberty in the production of Suicide Squad. His creativity was not restricted this time, unlike in the case of the first film. So, one thing is for sure that Suicide Squad (2021) won’t disappoint. Suicide Squad 2 will have many gory and sexual scenes, so parental supervision is necessary!

The anti-hero squad will make its way both to theatres and to the HBO Max streaming site. But when? Let’s look into all of these queries!

The film has already premiered in the United Kingdom on 30th July 2021! And it will be released in the United States on 5th august 2021. Moreover, it will simultaneously premiere on HBO Max on the same day, but it will only stay there for a month!

Thanks to James Gunn’s tweet, we now know the sequel’s runtime. Suicide Squad 2 is 2 hours and 12 minutes long! 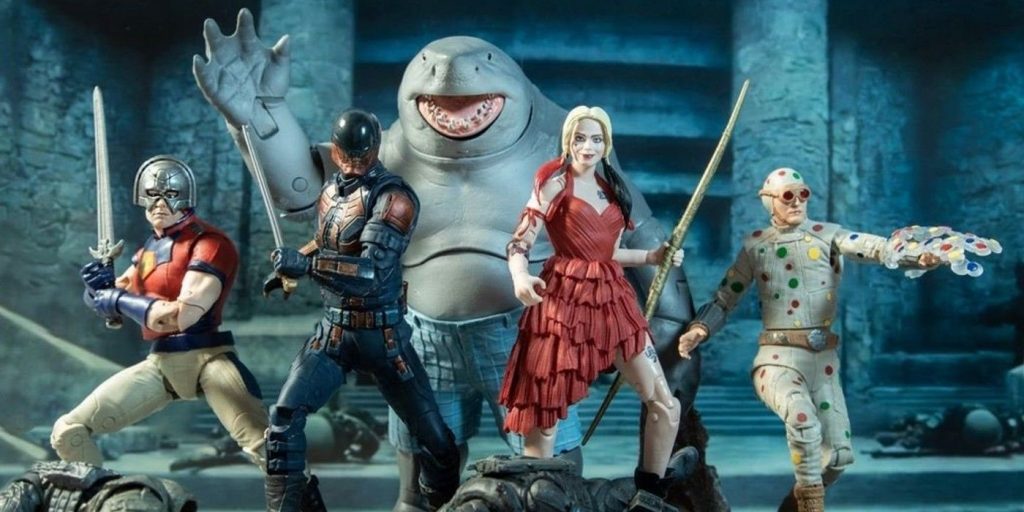 The star-stellar cast was revealed back in 2019. And as mentioned earlier, you’ll get to see many new faces in Suicide Squad (2021). The following list includes all the confirmed cast members of the upcoming film:

There might be some cameo appearances too! But we’ll find that out once the film goes on air. Sylvester Stallone will voice the King Shark, and Taika Waititi will star as Cazo’s father, who was the first Ratcatcher! Unfortunately, Jared Leto won’t be a part of the squad this time.

We know much about the storyline of Suicide Squad (2021) because Gunn disclosed the official plot synopsis recently. It is:

“Welcome to Hell – a.k.a Belle Reve, the prison with the highest mortality rate in the US of A. Where the worst Super-Villains are kept and where they will do anything to get out – even join the super-secret, super-shady Task Force X.

“Today’s do-or-die assignment? Assemble a collection of cons… then arm them heavily and drop them (literally) on the remote enemy-infused island of Corto Maltese. Trekking through a jungle teaming with militant adversaries and guerilla forces at every turn, the Squad is on a search-and-destroy mission with only Colonel Rick Flag on the ground to make them behave and Amanda Waller’s government techies in their ears, tracking their every movement.

“And, as always, one wrong move and they’re dead (whether at the hands of their opponents, a teammate, or Waller herself). If anyone’s laying down bets, the smart money is against them – all of them.”

Moreover, Gunn revealed in an interview that all the actors knew since the filming process about their character’s fate; whether they’ll die in the film or live on. So it will be interesting to find which one of our heroes or villains will be killed off!

Starro (the gigantic fish creature) will play a crucial role in Suicide Squad. He has plans of taking over the world, and the gang will have to fight him off. But there are many more threats other than him. So, the upcoming film will be a rollercoaster ride.

Moreover, Suicide Squad also has post-credits scenes, and that is something to look forward to!

The trailer for the DC reboot dropped on YouTube in May. And in case you missed it, watch it right now!

Due to the pandemic situation, if you can’t go to the theatre to watch Suicide Squad. Fret not! Because a simple one-month subscription to HBO Max will solve this problem!