Sky Rojo’s second season premiered recently in July, but considering the show’s hype, it isn’t surprising that the fans are already asking for a Sky Rojo Season 3. But the question is, are the writers willing to continue with the story?

The show is created by a renowned showrunner Álex Pina who has also produced Money Heist. Sky Rojo revolves around 3 women who are victims of blackmailing. They get blackmailed by a mafia into doing unthinkable things. As they are helpless, they can’t say no to them.

But in later seasons, the women take a stand for themselves and somehow escape the place. But the mafia’s boss won’t let them get away with this easily. What will happen now? Will there be a third season to tell their story?

Well, if you have such questions, then proceed to read the rest of the article because we have covered the latest updates about the show’s third season!

Also Read: GunPowder Milkshake is all set for its sequel!

As said earlier, the second installment just came out, so we don’t have any updates regarding the renewal status of the third season.

There are certain things that Netflix considers before renewing a show. One of the most important things is the show’s ratings and the viewership. They analyze the rating of the first month and then decide to renew the show. If we look at Sky Rojo’s second season, it did exceptionally well, and the showrunners still expect it to get more popular.

If you are an avid watcher of the show, you must know that there was not much gap between the first two seasons. Why? Because Netflix gave the showrunners an order of two seasons, so the filming of both seasons took place together. Hence the early release.

But as the production of Sky Rojo has not begun yet, we cannot say the same for the upcoming season. Perhaps it will be better to wait for Alex Pina to announce the news! Which we hope will be soon. 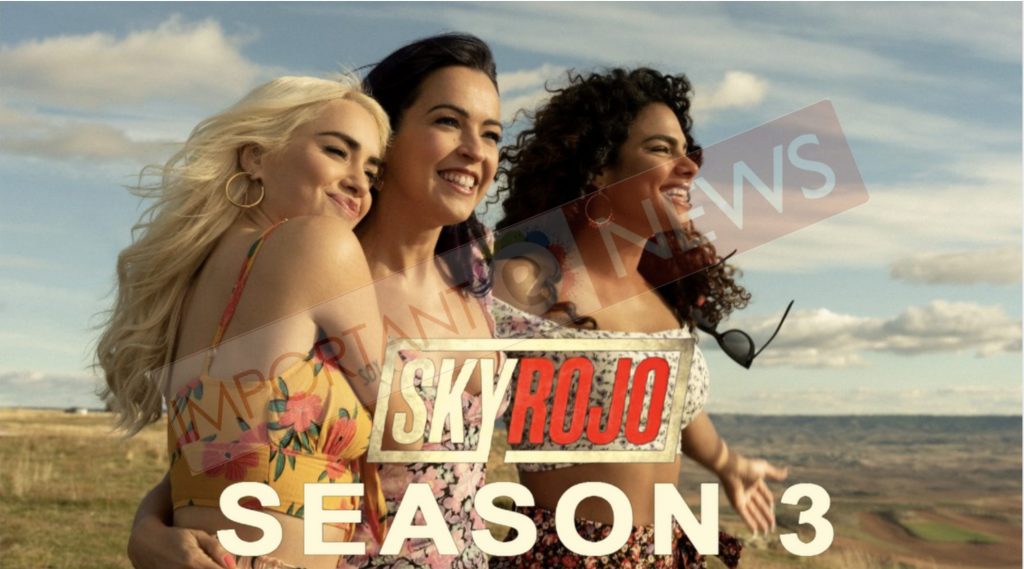 As the narrator will tell the story in continuity, we expect the same cast to make a comeback. Of course, there will be some exceptions of dead characters.

The potential cast members include; Verónica Sánchez, Lali Espósito, Yany Prado and Asier Etxeandia. As without them the story cannot be told efficiently .

As the show hasn’t been greenlit, we cannot say much about the cast members. But new actors are expected to star in the third installment of Sky Rojo.

There are no official details about the plot yet. But some theories are possible for the third season. All of them are analyzed below!

In the second season, we see that  Coral, Wendy, and Gina are done with Romeo and his henchmen. They do not want to keep up with the violence anymore. So the ladies gang up against the mafia and decide to run away with their money.

We won’t tell you what happened next as it will spoil the show for you! For the third season, the writers will show the consequences of these decisions. Now Romeo will hunt down these women, and who knows what will happen next.

Will the ladies survive this attack? We’ll find out in the second season! With more trailers, the fans will get to know more about the third installment, so you’ll have to remain patient.

Netflix has not renewed the season yet, so we do not have a trailer or a teaser for the third season. But if the show gets renewed, then expect the trailers to come out 4 to 5 months before the official release.

Unfortunately, this is all that we know about the third season so far. Because Alex Pina remains tightlipped about the new installment, he hasn’t said anything yet. But we are hoping that all the odds will be in favor of fans! Rest assured, we will keep you updated in case of any major information dumps.