Rejoice all the horror movie lovers, as the Evil Dead Rise will hit the big screens soon. Being the fifth installment in the supernatural franchise of Evil Dead! The movie is said to be filled with thrills, actions, and horror scenes. But the question arises, when will Evil Dead Rise release? And who are the main cast members? If you have all these questions and more, dive in to know what is surrounding the internet.

The film takes us back to the 1980s, and Bruce Campbell has been involved in the franchise since the very beginning. The Evil Dead films have a lot of violence in them, so it’s better not to watch if you get easily triggered by gory scenes.

In 1981 came the first film titled “Evil Dead”; it was set in a dilapidated cabin in the middle of nowhere. The story focused on Ash and his girlfriend Linda, plus three other friends who decided to camp in this forest. The night they spent in the forbidden cabin kickstarted the supernatural activities in that particular area!

A high-budget remake of the same film came in 1987 titled “Evil Dead 2: Dead by Dawn”; the only difference being the excessive humor in the sequel! 5 years later came the cult-classic threequel “Army of Darkness” in which Ash had to fight off some powerful entities in the medieval ages. Much later in 2013, there was another reboot of the Evil Dead franchise.

And now, almost a decade later, we are getting a 5th installment titled the “Evil Dead Rise.” So let’s discuss the upcoming film in detail!

The film producer, Bruce Cambell, has not disclosed a lot of information about his upcoming horror classic. Although he predicted the release date to land somewhere in 2021, we expect the film to premiere in 2022!

We don’t have a confirmed release date yet, but it will soon be announced whenever the filmmakers get done with the filming process. Which we are hoping will be soon! 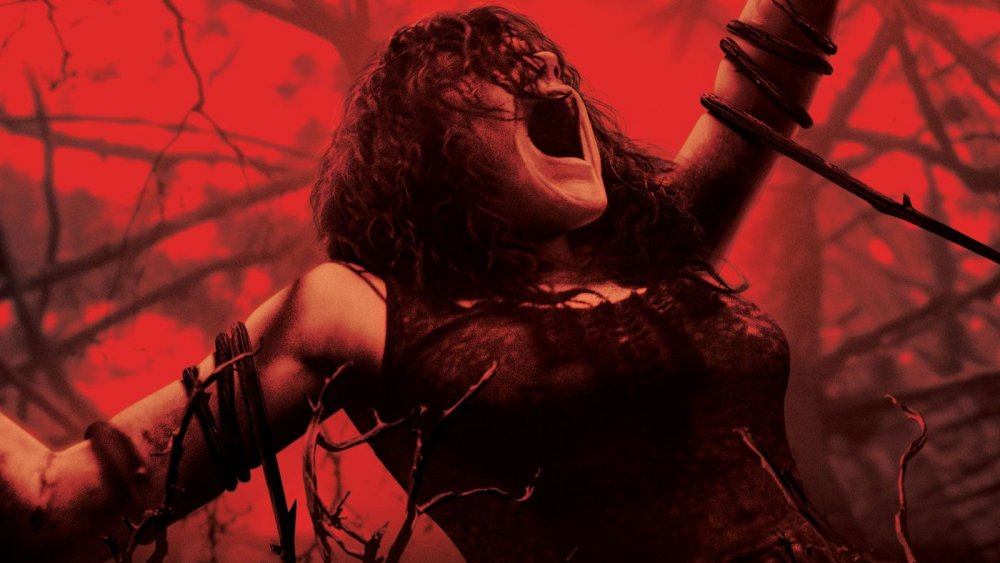 Bruce Campbell, the evergreen hero of the franchise, will not be starring in the upcoming film. According to him, he is now done with the character of Ash, and he must make room for some new talents to prove themselves. But he will be a part of the Evil Dead Rise as an executive producer!

Then who are the new cast members of Evil Dead Rise?

You won’t be seeing any old faces in the upcoming film because they have had their fair share of screen time in the Starz TV series. This time there will be a whole different line-up for the movie. So, let’s unveil the big secret!

The two main protagonists will be played by Alyssa Sutherland (as Ellie) and Lily Sullivan (as Beth). Both actors will play the role of long-lost sisters who only get reunited because of demonic entities.

Other talented actors will join them; Gabrielle Echols, Morgan Davies, Nell Fisher, Mia Challis (Jessica). Their character details are not out yet.

Obviously, Evil Dead Rise will have more characters, but these are the only confirmed members of the crew for now. If you wish to stay updated on the casting details of Evil Dead Rise, then bookmark this page as we will update this site in case of any major changes.

Evil Dead Rise will not follow the events of the 2013 reboot. Instead, it will continue with the original storyline of the Evil Dead Trilogy. A part of the fandom believes that there will be a crossover of Ash and Mia because of the post-credits scene. But if you are one of those fans, then we have got bad news for you!

The new chapter of the Evil Dead franchise will focus on two sisters, Ellie and Beth. Instead of its traditional location (the cabin), the film will be set in Los Angeles, where the two sisters will find a demonic book after their overdue reunion. This discovery will mark the beginning of supernatural activities. The plague will spread from here!

Ellie will suffer the most because she has 3 kids to look after, and these unusual events will make her life even more miserable. It will be equally hard for Beth to find someone who can rescue them from the “Deadites.”

There is no trailer for Evil Dead Rise yet. It will most likely come out 4 to 5 months before the official premiere of the film. Guess we’ll have to wait for some more time!

Due to the ongoing Covid-19 situation, the film won’t make its way to the theatres. Instead, it will be directly released on HBO Max in 2022! Unfortunately, this is everything that you needed to know about the upcoming horror film “Evil Dead Rise.”