Overlord is one of the most prestigious Animes, and it has one of the strongest fan bases in the world! It has been more than 3 years since the 3rd season of the anime aired. So, when will the Overlord Season 4 come out?

We have a piece of good news for fans who are searching for the Overlord Season 4 release date. Because the Overlord Season 4 is going to be released very soon! The anime is based on a 14 volume novel written by Kugane Maruyama (it is also named Overlord). It revolves around Momonga, who is an extremely dedicated player in the “MMO” game. He masters the game in all ways and builds his player to be one of the strongest in the game.

One day he finds himself trapped in the world of the same video game. Instead of being scared, Momonga embraces the new life without zero regrets. Due to the insane powers, Momonga has, his character is almost indestructible! Will he miss the “real” world? For this question, you’ll have to watch the anime!

The later seasons revolve around the events which follow this big plot twist. Each episode is an exciting ride in the fantasy world of Momonga. The other characters are equally as interesting. Moreover, if you’re a hardcore lover of animes, especially of the dark fantasy genre, then this show should top your anime watchlist!

Also, Read: The Great Pretender is finally getting a new season!

But if you’re one of those fans who are very eager to know about the 4th installment of Overlord, then too, we have got you covered. The following article will answer all your questions regarding the show’s official release date, potential storyline, and even new characters.

So without any further delay, let’s begin! 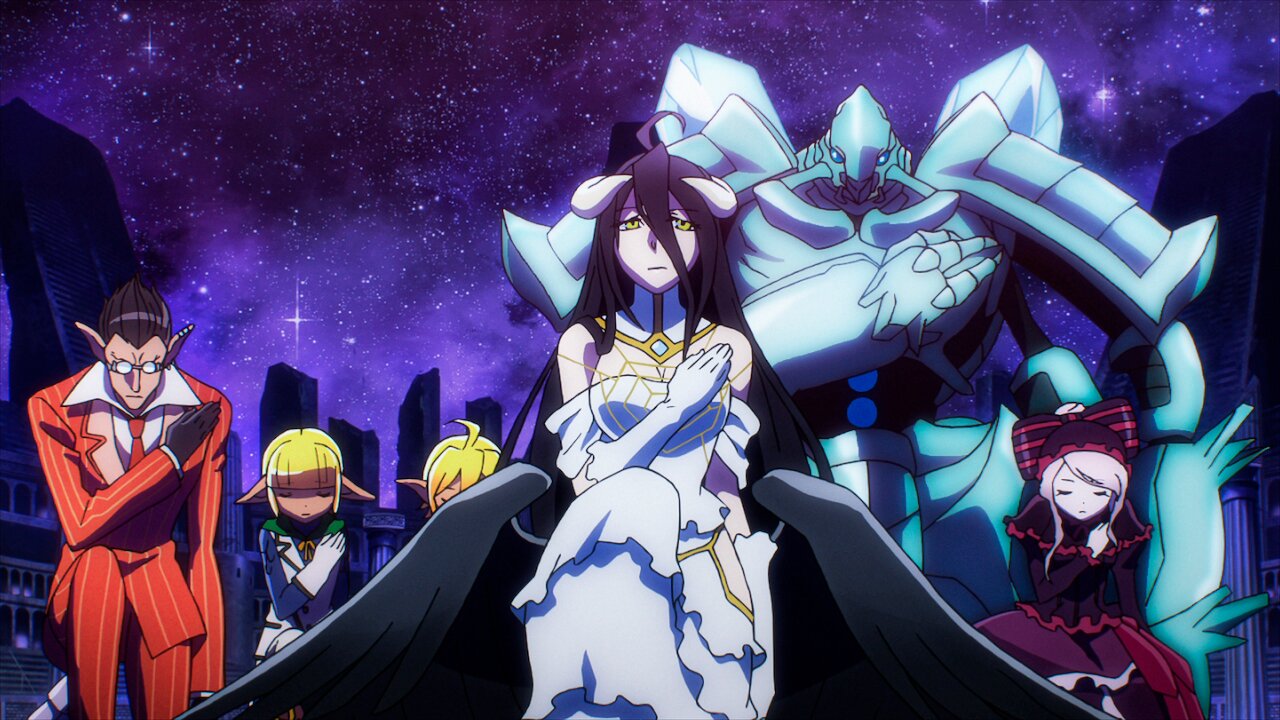 On 8th May, it was announced via Twitter that the show would get a 4th season! Moreover, a movie based on the same anime will also be released. Well, that’s great news for the fandom.

We don’t know many details about the film yet, but it will revolve around the Holy Kingdom Arc. The 4th season’s premiere date was not disclosed either, but it will come out by the end of 2021 or early 2022. This prolonged wait will surely be worth it.

The cast of Overlord Season 4

There are no confirmed characters so far. But we are assuming that the main protagonists will reprise their old respective roles. In that case, expect these characters in the 4th season:

He was once known as Momonga, but after he transforms into a skeletal game character, he starts calling himself Ainz Oal Gown. The entire anime revolves around him and his adventures.

She is one of the main characters and the self-proclaimed wife of Albedo.

She is one of the floor guardians of The Great Tomb of Nazarick and a true vampire.

She is a compelling character and a dark elf. Plus, she has a twin, Mare Bello Fiore; both guard the 6th floor in The Great Tomb of Nazarick.

He is the twin brother of Aura and a floor guardian!

He is a robust character who terrorizes others by misusing his powers. Demiurge is also the commander of NPC Defences.

He is one of the main antagonists and guards the 5th floor of Nazarick.

There might be some more additions to the cast, which we don’t know about yet. But hopefully, in the future, the showrunners will reveal the official line-up! And whenever they disclose this information, we will let you know!

The first 3 seasons of the anime have covered most of the volumes of the novel it is based on, except a few. Season 4 will most probably follow the 10th,11th, and 12th volumes!

“The Ruler of Conspiracy” (the 10th volume) focuses on Ainz, who one day decides to transform his kingdom into heaven for everyone. But he faces many difficulties in trying to fulfill this task.

“The Craftsman of Dwarf” (the 11th volume) shows Ainz visiting the Dwarf kingdom with Shalltear and Aura Bella. But Ainz has a purpose for this visit. He wants to find the “Lost run magic.” But upon his arrival, he realizes that the place is under attack.

“The Paladin of the Holy Kingdom” (the 12th volume) features the attack of Demiurge (the Demon Emperor). The story of 4th season will be one of these three!

There is no official trailer or even a teaser for the upcoming season yet. But whenever it drops, we’ll let you know at the earliest.

So this was all that you needed to know about the new Overlord installment. For more updates, keep checking the site regularly!