Manifest Season 4 Part 2 Release Date: Before this season’s conclusion, there are 10 more episodes of Manifest and a tonne of unanswered issues. The first episode of Manifest Season 4 debuted on Netflix in November, and the second half has yet to be released. The first half of the season saw a lot happen to the people on Flight 828, and we know that for the series to end successfully, they will all need to unite for a colossal battle.

When Zeke (Matt Long) recognized that Cal (Ty Doran) was the group’s only shot at rescuing the planet, he sacrificed himself by absorbing Cal’s (Ty Doran) cancer in Manifest Season 4 Part 1. The Death Date of June 2, 2024, has now become clear to be more than just a warning for the passengers and is the date of an imminent apocalypse thanks to Angelina (Holly Taylor), who swallowed a potent sapphire that gives her the ability to regulate callings. Only Cal, a man with a sapphire embedded in his dragon scar, has the strength to defeat Angelina.

As the Stone family mourns the loss of Zeke and humanity turns against the 828 passengers, he will have to deal with the worst peril they have ever faced. How can you survive in a culture that wants to lock you up and keep you under control? That seems to be a big question over the last several episodes. Here is everything we currently know about Manifest Season 4 Part 2.

Season 4 Part 2’s release date has not yet been specified by Netflix, although given that production is complete, it may be available sooner rather than later. We’re keeping an eye on June 2 — the Death Date — as a probable release date given Netflix’s propensity to share Manifest information on significant dates in the show (the premiere date was revealed on 8/28, and Part 1 was released on Nov. 4, the same day Flight 828 arrived in 2018).

Creator Jeff Rake discussed the first half of Season 4 and how it prepares for Part 2 with TV Guide. The main passages from the interview are included below. Angelina is only beginning. Rake said, “She thinks she’s supposed to save ‘the righteous.” “We will discover that she has a concrete idea of the righteous and that most of the characters we have grown to know and love on the show do not necessarily fit into that definition.

It’s a minimal definition. That will essentially serve as the focal point of the mythological struggle. In the final epic 10 episodes, that will be resolved. The Noah myth and the Ark have been briefly discussed, and they play a significant role in our mythology in the remaining 10 episodes. Spoiler alert: Angelina will start to think of herself as Noah. As the end draws near, she and her family are essentially the only ones who should leave for the ark, whatever that may be.

As we enter the final block, it will be up to Ben, Mick, and even Cal to vanquish Angelina. The issue is that Angelina gains more and more influence. In Episode 410, she demonstrated how strong she is and how things will get worse.” But because she possesses the sapphire, Team Lifeboat might need her. Rake declared that it was “very troublesome” for Angelina to have the gem. 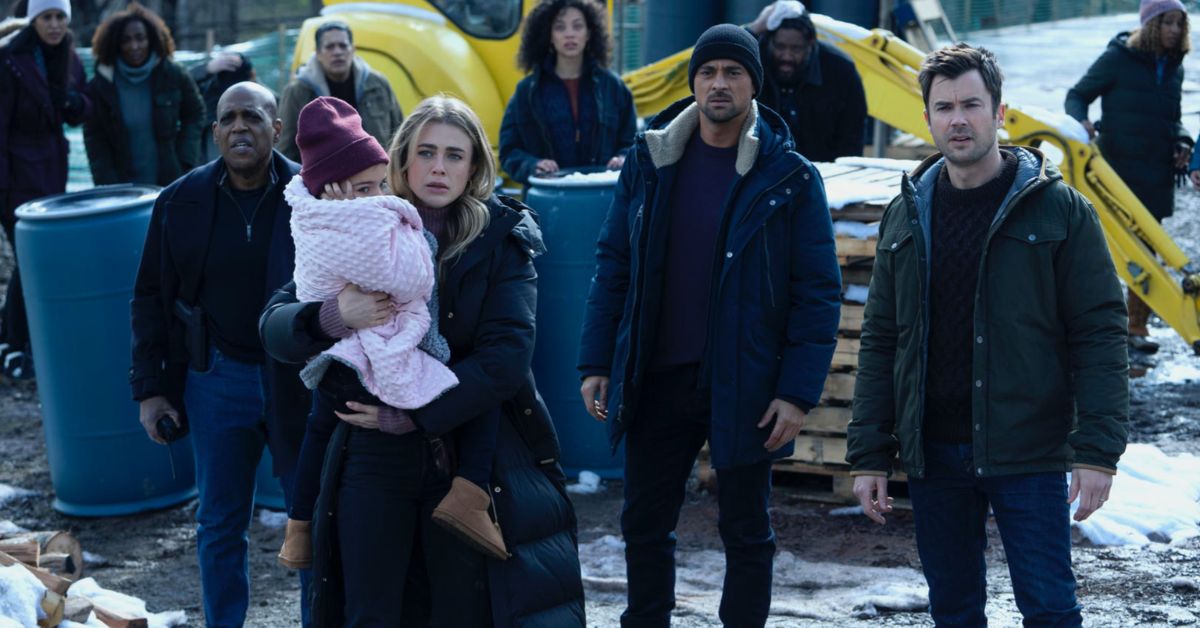 “That will greatly impact Cal’s conviction that, despite how cruel she is, he must perhaps cooperate with her and find a way to work with her. It’s a common belief that you must work with your opponent to preserve yourself, and the last block’s narrative heavily emphasizes this idea. In the end, Cal, Ben, and Mick will argue somewhat as they consider whether God would want them to cooperate with the lady who killed Cal’s mother.

Is there a universe where the divine would desire for them to join forces with her to save them all, which seems impossible? Or is there an alternative?” Zeke’s passing does provide Michaela and Jared the chance to be back together. Jared, who still considers Mick his true love, asks, “With Zeke gone, how long do I have to wait before trying again?” stated Rake. “And we’ll see that take place.

And even Mick will be wondering, “How long do I have to wait? At what point am I ready to move on romantically in my life,” as she can’t help but still feel something for Jared because he was once her lover. We’ll observe how that develops and see where it goes.”

The Cast of Manifest Season 4 Part 2

The prominent cast members of the Netflix series are all expected to return for the second half of season 4. Melissa Roxburgh, Matt Long, Josh Dallas, Parveen Kaur, and Daryl Edwards are mentioned.

Presumably, Manifest season 4, part 2, will continue where the first episode of the TV show did. Angelina obtaining the Omega Sapphire at the end of the last episode precipitated a conflict between her and Cal. But aside from that, we don’t know, and Manifest is a complex show to forecast. However, Josh Dallas did share some information with TV Line while avoiding major spoilers.

He described “Part 2” as “compelling, twisty, and turny.” It fulfills your expectations for a classic Manifest episode and then some. He continued, “We get to learn the final explanation of what happened to these passengers on Flight 828. We are excited for people to see it because, in my opinion, it is the definitive conclusion and resolution for each of these characters.

Yes, the conclusion of the Manifest saga will occur in Manifest season 4, part 2. Please remember that despite how sad it is, things could be worse. Contrary to the unfortunate individuals who enjoy Santa Clarita Diet, you will at least receive some closure because NBC was going to abandon viewers without a conclusion. You might want to look at our guides to Succession season 4, House of the Dragon season 2, and Ted Lasso season 3 if you’re looking for your next binge. We also have a list of the best drama series.