The rumors have been proven true because Showrunners have confirmed that The Boys Season 3 will be releasing soon.

Everything about the new season is not disclosed officially yet, but there have been major leaks about it. This article is going to talk about the same leaks and rumors.

So if you wish to be updated on all the information regarding The Boys’ new season, continue reading the article.

The new chapter is confirmed, but what will it unfold?

When is The Boys Season 3 getting released?

Seth Rogen had started talking about the show’s third season in 2020. According to him, fans deserved to know more about the characters. But he did not speak of anything about when the production will begin.

The show’s filming began in February, so be ready for the show to drop in early or mid-2022.

The third season was confirmed before the second release, so it’s clear that Amazon knew they had a hit on their hands and wanted to get the ball rolling as soon as possible. There is no official release date for the new installment yet, but we can always look at the past pattern and predict.

The past pattern has been somewhat like this; it took 5 months to film the first season and around 4 months to film the second. Deducing from this if season 3 will take a maximum of 6 months to film, they will finish with it in August. And it takes around 7 to 8 months for editing and other important steps, making the release date landing somewhere in 2022. 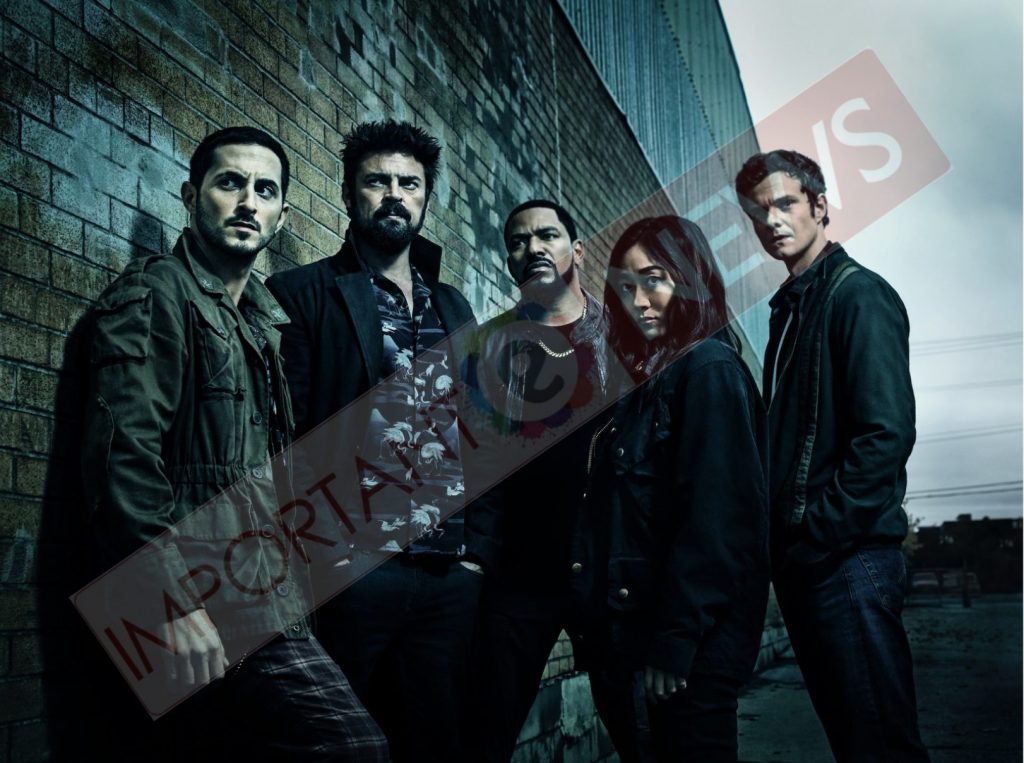 If these calculations are right, then the producers will probably release the official dates in late 2021, which is quite near. The show could have been released by now, but due to the pandemic, the production had to be abandoned, hence the delay in season 3’s release.

Are there any major changes in cast members for The Boys Season 3?

None of the main actors are leaving the show, but there has been one major addition to the cast.

Jensen Ackles took it to Instagram to reveal the big news that he will be playing one of the heroes in the third season of the series. He even teased his character’s costume for the fans by saying that it will be very similar to Dean Winchester’s. This caused the fans to go feral.

There have been some reports that Jeffrey Dean Morgan will also join the cast, but the news hasn’t been announced officially, so the chances of it being a rumor are very high. Katia Winter will also be debuting as a Russian mob boss, Nina.

However, the rest of the cast remains unchanged. For the sake of refreshing your memory, these actors will be playing the following characters;

There might be some other guest appearances too, which we will only find out when the show goes on air.

What is the plot of The Boys, season 3?

The third installment will continue the story from where it ended in season 2. I can actually see Payback re-assembling and continuing with their work.

As we know, season 2’s finale changed the show’s trajectory, so season 3 got a very tough competition. Writers will have to keep up with the story if they want the show to do well in rating.

The upcoming season will most likely solve the mystery surrounding the character of Vought. After all, who was she working for?

According to some insiders, the third season will be more of a spin-off, meaning that boys’ past will be shown (for example, how they were trained at school). Whatever happens in season 3, one thing is for sure that the new installment will be very violent compared to the other two seasons. So, be prepared for violence.

All of the members of the boys will be reprising their roles, as will the majority of the seven. But we don’t have definite answers on whether Aya Cash will be coming back. Giancarlo Esposito has a hectic schedule, so he will just appear in some scenes, similar to what happened in season 2.

With this being said, season 3 will mostly focus on Soldier Boy, Homelander, and Victoria Neuman, as there are many potentials.

Amazon did recently drop a new trailer to tease Soldier Boy and Season three. Cash featured in it, making the fans think that she could be back in some form or another; however, we think that Vought will likely want to keep her out of the way, and thus she won’t be the main antagonist like she was in the second season.

But an official trailer is expected to drop 2 to 3 months before the official release. And for that, we will have to wait.

So that was all about the third season of The Boys. Will you be watching it?