But to their surprise, 8 years later, the third part of the game has been confirmed by Relic Entertainment. After doing some deep research, we have combined all the information in one place.

Continue reading the article if you want to learn about the Company of Heroes 3’s release date, its gameplay, trailer, and other exciting features.

Why is the game getting so much hype?

If you are not an avid player of Relic’s game Company of Heroes, you might not understand the fans’ excitement.

Each battle comes with a different challenge, and the real deal is to know which weapons to use at the right time. Moreover, it is also set in a different time zone and location, so that was a piece of big news for fans who have been waiting for its release for almost a decade.

Is the release date for Company of Heroes confirmed yet?

Relic Entertainment recently disclosed that the game would be made available for PC on Steam in 2022, but they did not give any exact release date. However, gamers can play the alpha version available on the game’s steam site. 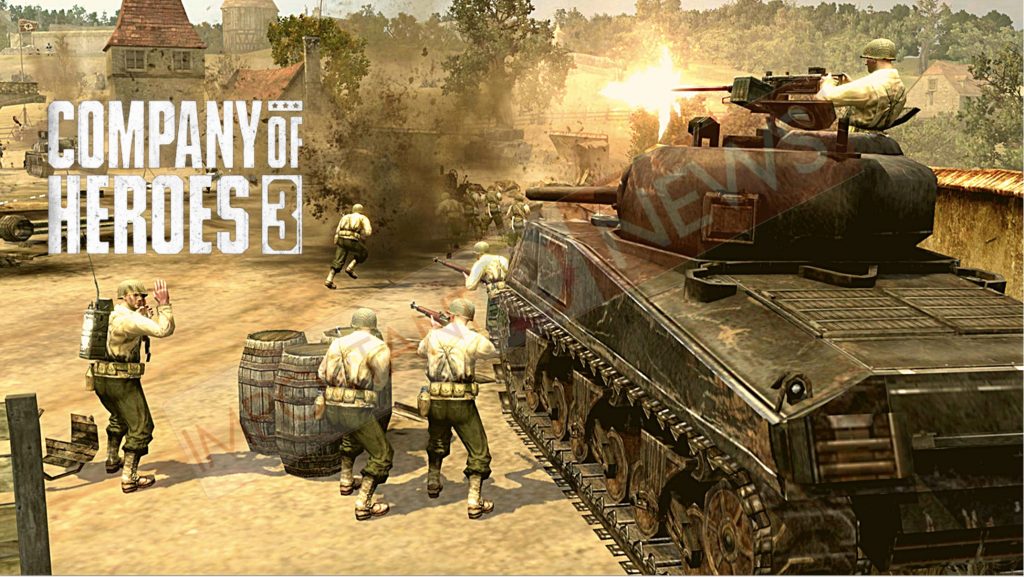 How is the Company of Heroes different from its predecessor?

RTS is well known for introducing unique stuff in every new installment. However, Company of Heroes 2 was not completely successful in winning fans’ hearts.

But now the franchise is all set to make up for it. The new entry in the video games will prove to be a class of its own. Urban Combat has been given great importance this time. Here is the explanation;

In previous installments, controlling buildings was mandatory, but the occupation seemed arbitrary. However, in Company of Heroes 3, you’ll have first to occupy the whole building, and then only you’ll be able to control it.

A system of tactical pause is also introduced in the new entry. This implies that the upcoming game is more gamer-friendly as the pause button is very near to other controls, and to pause the game, you won’t have to face many losses (unlike previous entries).

The 3rd installment has a lot of advanced features, the new audio system is powerful, and the game will have a more realistic view.

The maps will give the players the exact picture of the place, meaning if a place was bombarded, then the cars, buildings, and everything will be shown destroyed on the map. So this gives players more control over the game.

The game will prove to be one of the best in RTS affairs. Why? Because of its unmatched graphics and strategies.

It will bring back World War 2 and is set in the Mediterranean; you’ll be able to conquer places in North Africa and Italy. As said before, the challenges will be unique other than just fighting to defend yourself. You’ll also have to go on different missions and do new tasks.

The player will always be on the side of Allies. Partisans will not be commanded like a normal army. Instead, now you’ll have to persuade them to help you. This is where the plot twist comes, it might sound easy for now, but it won’t be easy.

What are the minimum requirements to play Company of Heroes 3 on PC?

The company has not announced anything official yet, but here are some predicted minimum requirements for the game:

These might be false, so it is better to wait until the company announces the minimum and recommended requirements.

Where can I watch the official trailer?

The cinematic trailer gives you an overview of the game and what you can expect from it. The trailer caused an internet breakdown because the news shocked fans to their core.

So that was all about the upcoming game in the Company of Heroes franchise. Got more questions? Let us know.

But the game will be released in 2022, and there is no specific date yet, so why not check out some other games? Here is an amazing article about Mortal Kombat 11’s release. Read it now!