The White Lotus, created and written by Mike White, has received remarkable reviews from the audience and critics. And with the first season-ending, its run with just 5 episodes, fans got concerned about the fate of the TV show. But the good news is that HBO Max has renewed the show for a second season! And this brings us to the most searched question on the web: When will The White Lotus Season 2 release? And considering the events of the first season, will all of the main cast return for the sophomore season?

The hype for the show is unmatched because first, it started making waves before it premiered, and secondly, the streaming site greenlit it for a sequel even before the last episode went on air. And why wouldn’t they? Because The White Lotus is truly the best work of Mike White so far. However, there are high chances that the entire cast for The White Lotus Season 2 might change. So, will this affect the ratings of the show? Let’s find out!

The series revolves around people who stay at a resort named “The White Lotus” for a week. And the show serves as a mockery of white privilege! It talks about several sensitive topics, and surprisingly the show manages not to make any offensive comments. Moreover, as the last episode showed a dead body on the plane, a second season was inevitable. In the finale, the resort’s staff was shown waving at a new group of visitors. So, does this mean that the first season’s characters won’t return for The White Lotus Season 2? For all such questions, continue reading the article!

The White Lotus Season 2 is still in its early development phase. But we don’t know whether the screenplay has been written as White hasn’t revealed much regarding it. However, the first season was produced in the middle of a pandemic, and with limited resources, the showrunners were quite successful in producing 5 episodes. And if the second season keeps up with the same pace, expect it to release somewhere in 2022.

The production time also depends on the total number of episodes. If The White Lotus Season 2 gets more than 5 episodes, that will definitely affect the premiere date of the sequel. 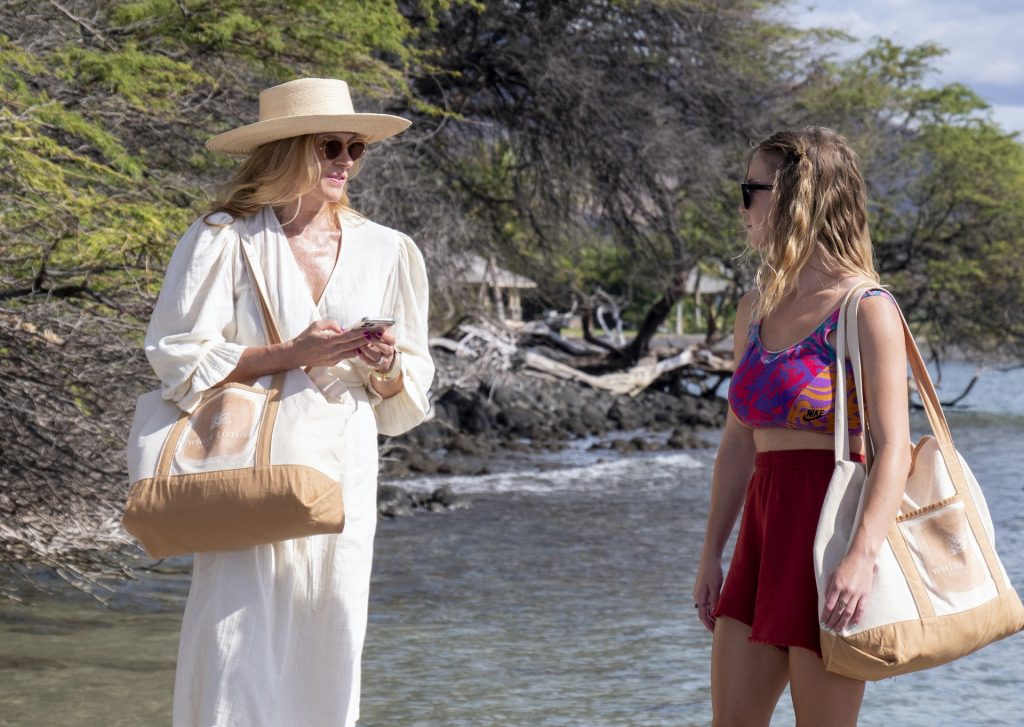 The show creator has decided to adopt an anthological approach, meaning the sequel’s story will not be connected to the first season. So, this means that there will be a whole different set of characters. But White has not confirmed if he’ll be hiring the same actors in different roles or other new actors.

“I don’t think you can credibly have [all the Season 1 guests] on the same vacation again,” White said in an interview. Moreover, the cast had a year-long contract, so most likely. We’ll get to see new faces in The White Lotus Season 2. However, he also said, “But maybe it could be a Marvel universe type thing, where some of them would come back.” This means that a few of the characters might return!

With the change in cast, we’ll also get to see a new location because the sequel won’t be filming in the same Hawaiian resort. The first season had Connie Britton, Steve Zahn, Jennifer Coolidge, Murray Bartlett, Alexandra Daddario, Jake Lacy, Molly Shannon, Sydney Sweeney, and Natasha Rothwell. It’s now up to HBO Max, whoever they want to shortlist from these actors for the cast of The White Lotus Season 2.

As it is an anthology series, the plot won’t be in continuation with the preceding season. However, we can expect the same satirical tone in The White Lotus Season 2 if White continues writing the story!

The official announcement from HBO Max made it quite clear that the second installment will not be set in Hawaii.

“Mike [White] has once again delivered a quintessential HBO show, and it’s the talk of the town. We were thrilled to hear where he wanted to go next after closing this epic chapter in Hawaii and can’t wait to keep following him wherever he takes us.”

Mike did reveal that the second season will also be set in a hotel: “It would have to be a different hotel, like, say, ‘The White Lotus: San Tropez’ or something.” As the official plot synopsis for The White Lotus Season 2 is not out yet, we can only rely on the interviews!

The sequel is still in its early phase; hence the filming for it hasn’t begun yet. Therefore there is no official trailer for the upcoming season.

In case of any major updates from HBO, we’ll update the site at the earliest. So, stay tuned!