After the tremendous success of The Rain and The Killing, Netflix is coming with another Nordic noir masterpiece, The Chestnut man.

The Chestnut is a Scandinavian crime thriller based on the novel having the same title. Critically acclaimed Danish writer Søren Sveistrup has written the book. It has been translated into 28 languages and published in more than 50 nations. He has also written another one of the best-selling crime novels, The Killing. His book, The Killing, was also adapted as tv series. Fans just showered their love over the series, and it scored  8.2 out of 10 on the IMDB.

The series will be the concoction of mystery, thrill, and fear, just like the novel. So, be ready to have some heart-stopping entertainment. Let’s find out more about the upcoming Danish crime thriller.

I know, guys, you cannot wait much after hearing all good about the upcoming series. Well, thankfully, it will not take too long to arrive. Netflix has officially announced that The Chestnut Man will hit the screen on Wednesday, September 29, 2021. 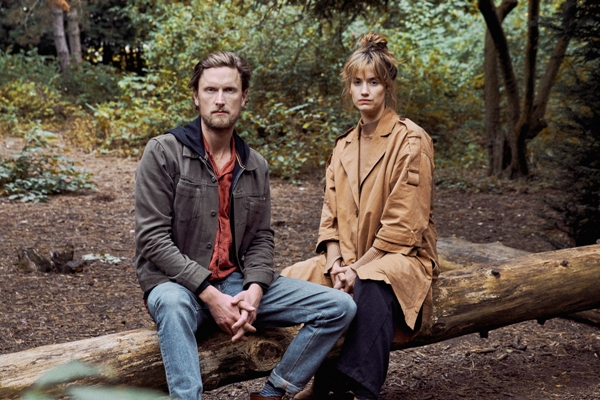 If you wish to know the story before the release date, you can go for the book. I know you won’t do that. So, keep waiting and set your alarm for the crime thriller.

The series will take you to the city of Copenhagen, where terrifying and heart-pounding murders are taking place. A dead body of a girl is found in the playground of children. Shockingly, one hand from the body was missing. During the investigation, the police found a handmade doll and two chestnuts hanging beside the body.

Though rivals, yet two talented detectives a Naia Thulin and Mark Hess, take the case to solve the mystery of the chestnut.

Well, they found out a shocking fact during the examination of matchstick ball. It revealed that the fingerprints on the doll are of the daughter of politician Rosa Hartung who was presumed dead many years ago.

As of now, this much information is available about the plot.

Well, is it a coincidence or something grave is cooking up?

It will be enthralling to see how the young detectives put their differences aside for solving the murder mysteries. Will they be successful in saving the life of the people in the city?

They have to take every step carefully to reach the collars of the Chestnut man, or we can say it may be women as well.

If you are desperate to find out about the Chestnut Man, you can refer to the novel. Or else read the official synopsis and wait for the series.

The official synopsis of Netflix:

“At a grisly murder scene sits a figurine made of chestnuts. From this creepy clue, two detectives hunt a killer linked to a politician’s missing child.”

You will find all the faces unfamiliar if you have not watched any Danish films or series. However, you will witness the blockbuster performance of the talented cast in the series. Here is the list of characters whom you meet in the upcoming web series-

Netflix has previously dropped the mysterious teaser trailer of The Chestnut Man on June 21, 2021. Take a look at the teaser here.

There is some time in arriving of The Chestnut man. Till then, hold your horses and enjoy the dreadful trailer of the series.

No. of Episodes in The Chestnut Man

The Chestnut Man is a limited series, and it will have only six episodes.

Well, the available data about the book and the author have set the bar extremely high. I hope the series will meet the expectations of the fans. I am thrilled to find out the riddle of the Chestnut Man. Are you guys? Do tell me in the comment section. And do not forget to bookmark our page, so you do not miss the details of your favourite upcoming shows and movies.