If you also fell in love with the Stoneybrook and can’t wait, wondering what’s going to happen next. Then, my friend, you have got the Baby-Sitters Club Syndrome! Well, fret not as we’ve got exciting news for you!  Finally, the Baby-Sitters Club season 2 is happening. Well, quite recently, the show got renewal for a second season.

Following the renewal news, a series of set images hit the internet in anticipation of the upcoming season. For new fans wondering what the Baby-Sitters Club is? Let us give a brief introduction.

The Baby-Sitters Club is a comedy show based on the children’s novel of the same name written by Anne M. Martin. The story follows a group of young girls as they come together to start a babysitting business in their hometown Stoneybrook, Connecticut. In the first season, friendships were tested and cherished, with many adventures happening in between.

But now, as a new season is going to come, fans couldn’t stop wondering what’s going to happen next. So, to answer the queries of the eager fans, we gathered some information about the upcoming season. So, let’s see what the second season has in store for us!

The Baby-Sitters Club’ Season 2 Release Date: When Does It Hit Netflix?

Well, we have got some phenomenal news for all the fans. Finally, the release date of the much-awaited season 2 was revealed, and as per news, the series will return on October 11th, 2021, with a season 2! 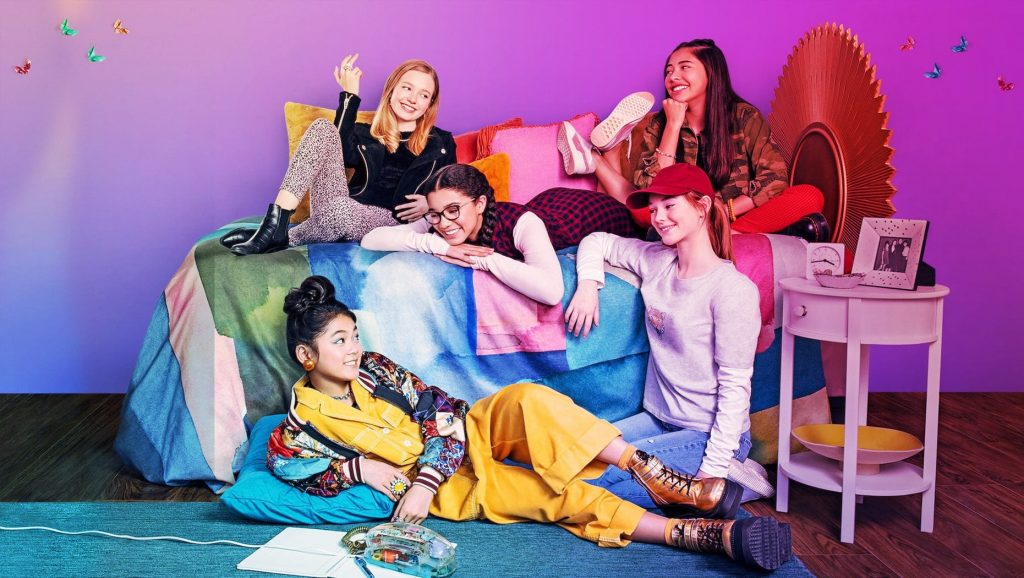 The Plot: What to Expect

According to insights, the storyline of season 2 is going to be an exciting one. The show’s creator, Rachel Shukert, stated that one storyline would explore how Kristy evolves within the new family. She also hints at a possible new dynamic between Mary Anne and Dawn as well. Their relationship will be changing as their parents get closer.

One complaint from the fans of the original books was that Jessi Ramsey was not a main character during the first season. However, fans have been reassured that she certainly has a bigger role. Shukert confirmed that Jessi was an important character, but her time to shine would be in the second run.

In an interview, Shukret discussed how the plot would go forward from last season’s finale. She said that the girls are evolving and maturing; we will explore the deeper friendship that has formed between them and the new dynamic with the addition of new members. She also discussed the representation of young people and how they could relate to the problems faced by the characters in the show, especially the girls. We all go through loss, change; we bear our own responsibilities and burdens. Here we see a unique combination as the girls find comfort in each other and emerge stronger.

The titles of the eight episodes were also released:

Another good news for the fans, we’re going to see all of the BSC cast back in the second season. Most of the cast members are continuing their roles. Some of the confirmed ones are:

Xochitl Gomez portrayed Dawn Schafer in season 1; she is Mary Anne’s new friend who recently moved to Stoneybrook from Los Angeles. Kyndra Sanchez will take over the role as Gomez left due to scheduling issues. She is set to appear in Doctor Strange: Multiverse of Madness next year.

The Baby-Sitters Club Season 2 Trailer: Is it Out Yet?

Technically speaking, the official trailer isn’t out yet. But the creators have released an announcement video confirming the arrival of season 2. You can watch it here.

Emergency meeting of #TheBabySittersClub is now in session because SEASON 2 IS CONFIRMED. pic.twitter.com/sePYOKad5X

So, what are you waiting for? Grab your popcorn and get ready cause we’re in for an amazing yet equally emotional ride!