In the past few weeks, “Tales of Arise” has had a huge information dump regarding the game’s release date, including multiple trailers. If you didn’t know about this, then buddy stops living under the rock.

Tales of Arise is the latest action RPG (seventeenth main entry) in the long-running “Tales” of the JRPG series for those who are new gamers. It is a hot topic among gamers these days because everyone has been waiting for its launch for quite a long time.

So, are you all set to play the new Bandai Namco Entertainment game releasing this fall?

Below is everything that you need to know about Tales of Arise.

In April, Bandai Namco Entertainment revealed the release date of the highly anticipated game. The game will be released *drum rolls* on 10th September 2021!

According to Bandai Namco Entertainment, the game was supposed to be released much earlier in 2020. But due to the outbreak of Covid-19, the plans didn’t go as expected.

According to Tales of Arise’s official Twitter account, the opening animation will be revealed on 5th July. 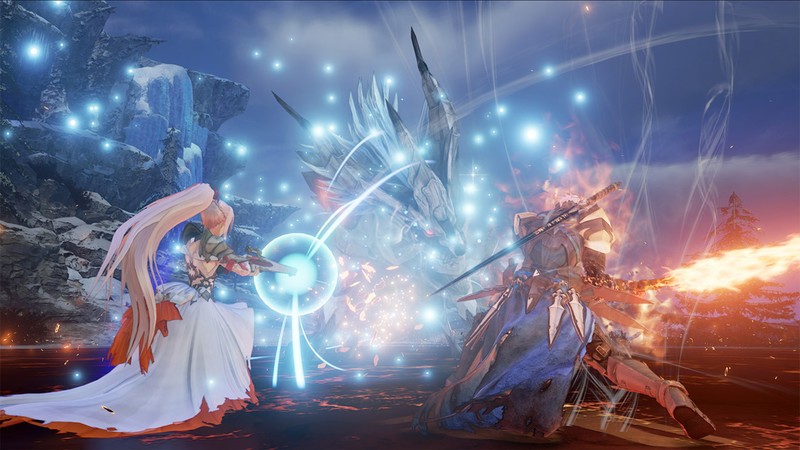 The new game will be playable on the following platforms

Tales of Arise will have the best graphical quality in the whole JRPG series. This is because it was built using Unreal Engine 4.

The characters and their movements were developed carefully to make them look like they are from 3D films.

Each character in the game has special powers, which makes them unique. The characters (along with their powers) that have been so far revealed include:

Deducing from the trailers, it appears like the two main characters will have a connected story. Details on their partnership are unknown, but the player will most likely have both characters under their control. The story will probably follow the “enemies to friends” trope because they both come from opposing worlds.

Unlike previous games in the series, Tales of Arise is not going to be multi-player. Still, the new “Boot-strike feature” will let multiple players launch an attack together (only under certain conditions).

Tales of Arise’s big theme is “Inheritance and Evolution,” meaning we can expect many familiar systems with exciting big updates.

Judging from the present trailers, the plot of this game will be somewhat similar to previous stories. Tales of Arise will revolve around two people from opposing worlds, each ruled by a different ruler.

To give you an overview of the plot, there are two worlds. One is medieval and belongs to Dahna, whereas the second, advanced world belongs to Rena. So far, the story is that Rena misuses its advanced world’s powers and takes the people of Dahna as slaves.

The main protagonists are a man and a woman, both from different worlds. Somehow, they end up traveling together. These characters are Alphen (a man from the advanced world) and Shionne (a woman from the medieval world).

Other than these, there will be different characters who were enslaved, trying to overcome and overthrow their oppressors.

Finally, we have a trailer for Tale of Arise. You still haven’t watched it? Here watch it right now (click on this).

To give players a glimpse of the game, Bandai Namco released a gameplay video that showed the characters, setting, and everything one needs to know before purchasing the game.

The trailer’s cinematography was truly astonishing. In it, new party members were introduced. We already knew about the characters of edge-lord and pink-haired girl since the e-3 announcement trailer, but with this latest trailer, more characters were added; Alphen and Shionne.

To sum the trailer up in a few words, it was overflowing with information. The trailer focused on Dahna’s world, showing that it started as a prosperous nation, but it lost all its beauty and resources after getting invaded. We get to see the main hero Alphen (silver-haired), and his partner Shionne (pink-haired).

Some fans are even expecting Bandai Namco Entertainment to release an anime based on Tales of Arise. Well, if they have such high expectations, they have to be patient about it.