The Spanish Thriller series “Sky Rojo” is getting a second season very soon. Netflix Espanol confirmed this news regarding Sky Rojo 2, so the chances of being fake are slim to none.

The show’s creator Alex Pino released the first season in March of 2021. Just like his other franchise, “Money Heist,” Sky Rojo was also an instant hit. And it is no surprise that the show is getting renewed for the second season. But now the million-dollar question is when will it release and who will star in it?

For all such questions, continue reading the article as it covers all the latest updates about the 2nd season of Sky Rojo.

The 8 episode long season of Sky Rojo revolves around a group of 3 women who are a victim of blackmailing. A mafia forces them into prostitution and being helpless. They have to follow as the blackmailers say. The rest of the first season shows how they rebel and try to escape from the oppressors.

As the show ended on a cliffhanger, fans were sure of the second season. And after all, they were true because Netflix has confirmed the renewal news.

So, let’s learn more about the show’s upcoming season.

Hot Topic:- Atypical Season 4 is breaking records on Netflix. Why?

Good news for fans because, unlike other Netflix shows, they won’t have to wait for more than a year to watch the sequel of Sky Rojo.

This is because the showrunners had a contract of 2 seasons. Hence the filming of the second installment did not take long. The next batch of episodes will get added to the Netflix library on 23rd July 2021! So, save the date on your calendar.

The existing season has 8 episodes, each lasting for about half an hour, so we expect the same from season 2. However, the official number of episodes in the second installment is not out yet. 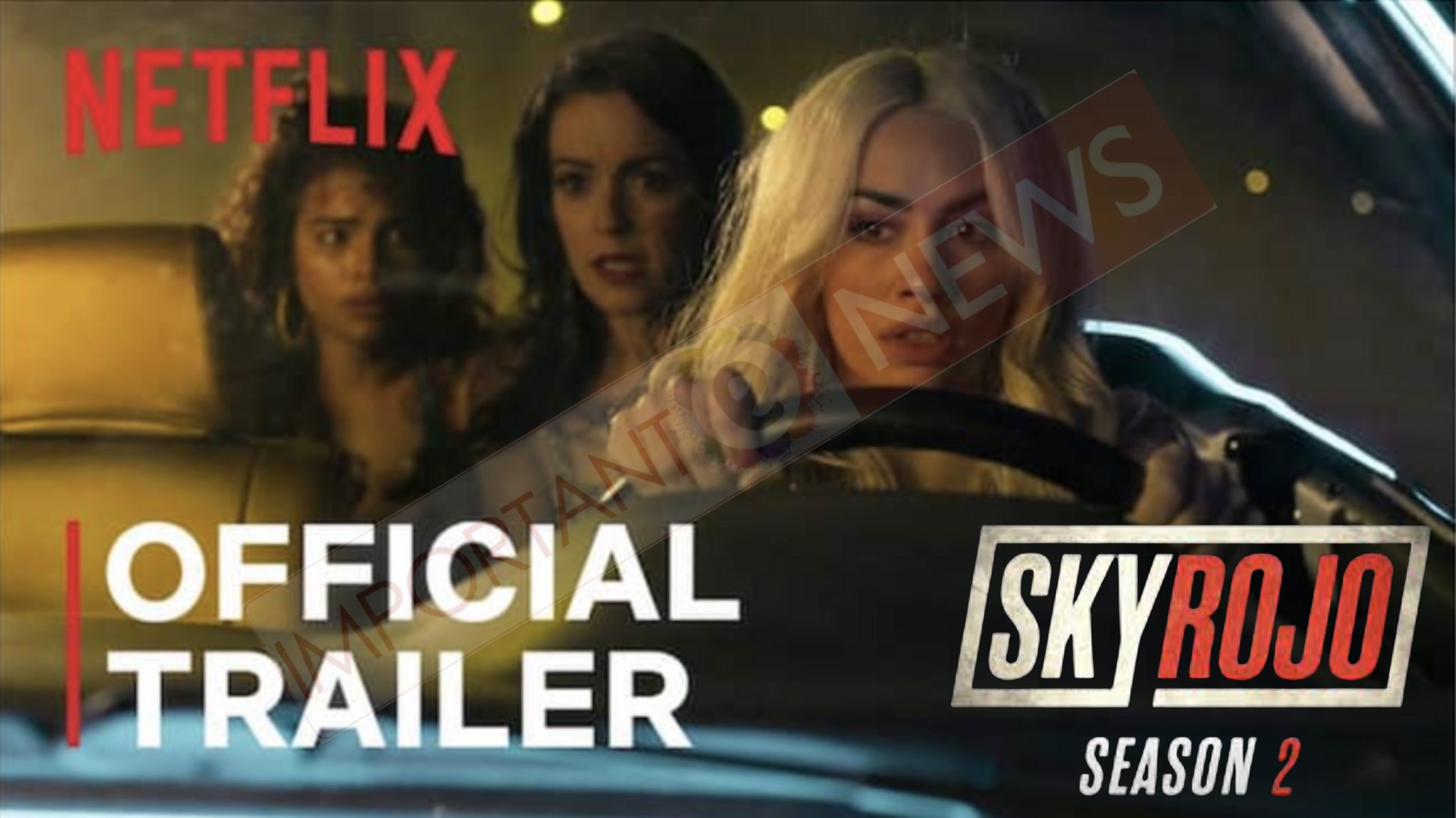 Most of the fans have a common doubt, i.e., will the original cast come back for the second installment of Sky Rojo?

Yes, the original cast will star in the second season too. This was quite clear because the first season ended on a cliffhanger, so the main cast is bound to come back.

In the lead, you’ll get to see:

She is an ex-biologist who works at a club. The only reason why she likes her job is that the club keeps her from thinking about her dark past.

She is a gay woman, and she has to work as a prostitute as she has no other means of earning.

-Many Prado as Gina

She is just another helpless woman who got tricked by the mafia into working for them. Gina has two other people dependent on her (her son and ailing mother), so life is already pretty harsh on her.

He is the owner of Las Novias Club, where women get exploited. Romeo is the man behind all the chaos. In simple words, he is the villain.

Moises works for Romeo, and he is usually the one who brings women to the club.

He works as Romeo’s henchman and is also the younger brother of Moises. But that was all about the main cast. We are not sure of the side characters whether they’ll be returning to the show or not.

The 2nd season will resume the story of the 3 women and Romeo’s gang. As the first season ended on a cliffhanger, we already know the base plot of the second season. Let’s break it down for you! The second season will get things more complicated. Now that the three ladies are in grave danger, they will have to stay more alert. What is Coral, Wendy, and Moisés’ fate? There are many theories for the second season, and all of them are possible. So it is challenging to tell which one the writers will continue with.

Romeo disrespected Carol immensely and considering the strong and rebellious woman that she is. We’ll most likely see her getting back at Romeo and his henchmen.

Unfortunately, this is all that we can say about the storyline for now. We’ll find out more about it in the upcoming week when the new season will drop.

Where can I watch the trailer for Sky Rojo 2?

Stream the trailer for the second installment on Netflix’s YouTube page. The suspenseful trailer will keep you on the edge of your seat, so good luck with it!

If you made it this far, congrats! Because you are all caught up on Sky Rojo’s second season’s updates. There is still one week till Sky Rojo 2’s release, so in the meantime, you can stream Netflix’s original series Atypical 4!

Read about it here. (attach the article for atypical season 4)