Hulu’s next big drama, “The Unusual Suspects,” is going to premiere very soon! And many are even comparing the upcoming series to Ocean’s 8 films, most likely because of its strong female lead. However, the Australian show has already streamed on SBS in June. But it will be released on Hulu once again for a broader audience. Natalie Bailey and Melvin Montalban create the mini-series, and the exceptional screenplay was co-written by Jessica Redenbach, Roger Monk, and Vonne Patiag. As the streaming site bought the show’s rights, we are quite confident that The Unusual Suspects is coming to rule the screens!

When the show was first released in the home country, it garnered many good reviews from the local audience because firstly of its stellar cast and secondly due to its hysterical storyline with amazing plot twists. The series revolves around many women, each of them belonging to a different background, but together they make a strong female alliance. The plot is quite similar to the Hollywood film “Ocean’s 8” because this group of women also plan on stealing a $16 million necklace from a self-made businesswoman.

Fielder and Staniford are very excited for the rest of the world to watch their masterpiece. “We hope American audiences enjoy this riotous, hilarious, and empowering crime caper which ultimately has an important message at its heart.” and if you are planning on watching The Unusual Suspects, then the following article is the best guide for you!

Also Read: The Latest Season Of Money Heist WIll Have 2 Volumes!

As mentioned earlier, the show has already been released in Australia, but it is yet to release to an international audience. Hulu has not disclosed the release date for The Unusual Suspects so far. The streaming site just announced that they’d be adding the show to its library soon! 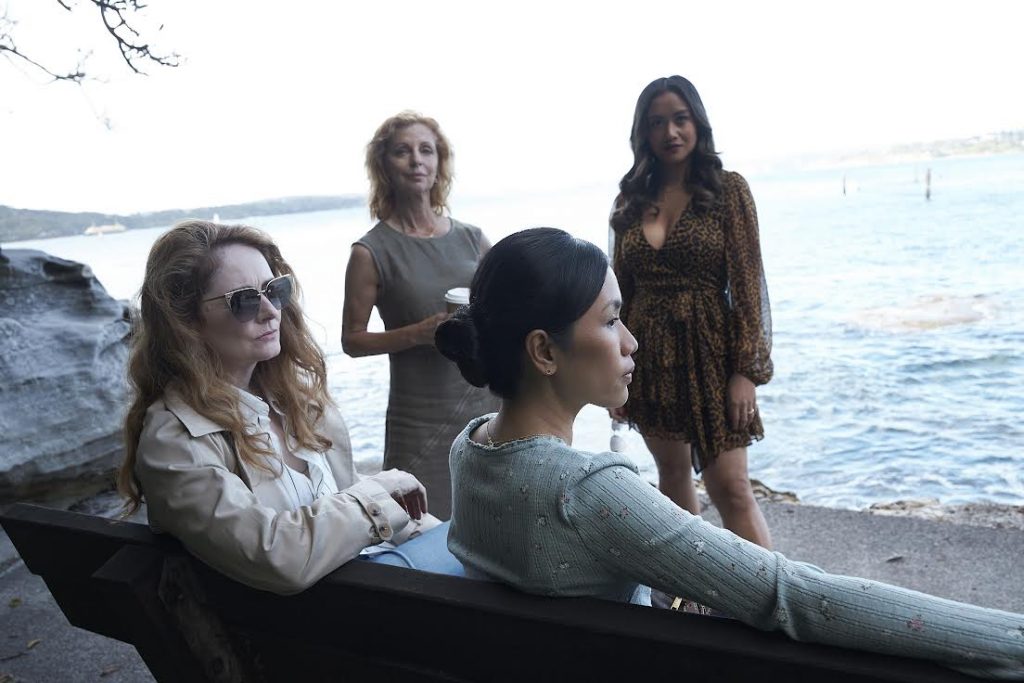 However, we won’t have to wait for a long time because the series is just 4 episodes long, and there is very little that Hulu has to do for the show’s release. Expect the show to release before the end of 2021!

One of the main reasons behind the show’s sudden rise to fame is its interesting characters pulling a well-crafted heist. Even though the show has aired, we still know very little about the casting details because Hulu keeps the cards close to its chest. However, we do know about the main protagonists of the show!

We’ll get to see the following actors (and their characters) in the lead:

Women dominate the cast, but obviously, there are a few important male members too; Toby Leonard Moore as Jordan Waters, Matt Day as Garth Beasley, and Peter O’Brien as Nick Parker-Smith. Hulu has not revealed any major character details, so we’ll have to wait a bit longer.

The Unusual Suspects stands out from other heist genre shows because of its slightly different plot. Filmed and set in the suburbs of Eastern Sydney, the main story revolves around a group of women who decide to steal a costly necklace. They somehow succeed in getting the multi-million-dollar necklace from Roxanne Waters.

The real story starts once the police get involved, almost everyone is considered a suspect, and this investigation ensues a lot of trouble. And after digging into multiple proofs, they uncover the scheme! But will the women face the consequences? Or do they have another plan to escape? Guess we’ll find out once the TV Show goes on air!

Hulu has not revealed the official trailer of The Unusual Suspects so far. But we are expecting it to drop with the news of its premiere date. And who knows, it might just be around the corner!