Fear is the biggest adrenaline rush that we humans have. It is no wonder the appeal horror movies and series have on our hearts and minds. The creator of ‘Haunting of Hill House’, and ‘The Haunting of Bly Manor’, Mike Flanagan, brings us yet another treat to the cinephiles, liberating us from our boredom which is Midnight mass. It is a new horror series coming to Netflix next month.  Mike Flanagan, the Writer and Director of the series, describes the series as his “Dream Project.” He said that “It is the most personal Story I have told.” Well, after seeing Mike’s work in Haunting of Hill House and Bly Manor, we cannot hold our horses from thinking what his dream project would be like to watch. Nonetheless, we expect a Roller-coaster Ride of our fears and excitement while riding Midnight Mass. Well, let’s find out more details about MIDNIGHT MASS.

The spine-chilling series will land on Netflix on September 24, 2021. Do not forget to watch it.

The storyline is set in Crockett Island, a small and segregated island community. It is full of feuds and differences, amongst its people. The situation becomes worse with the return of an infamous young man (Zach Gilford), who does not hold a good reputation amongst the islanders. Upon his return, mysterious and unexplainable, spooky, and supernatural events hit the city to horror. However, a charismatic priest (Hamish Linklater), who happens to have the same arrival time on the island as Zach Gilford, gives a sense of pacification to the islanders. Moreover, the miraculous events that follow post the arrival of the priest make the islanders cling to religion more than ever. 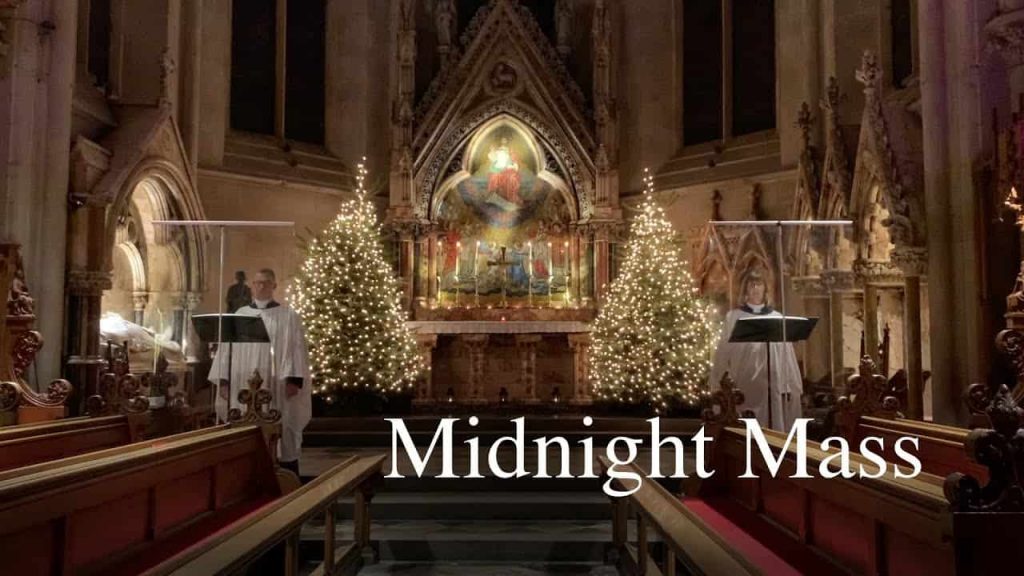 The islanders soon realize that all good things come with a price, and miracles are no different.  What price will the islanders pay to have to pay for the miracles happening around them? Well, we will find that out on September 24, 2021, on Netflix.

Kate Siegel, who played Theodora on Hill House, will be starring in the Midnight Mass. She also has made an appearance in Ouija: Origin of Evil and Oculus. Zach Gilford will be joining her on-screen and has an important character to play as a young man, he is best known for Good Girls and The Purge: Anarchy, and Hamish Linklater as the priest who is best known for Legion and The Big Short, other names to share the screen with the main characters are The show will also feature Rahul Abburi, Matt Biedel, Alex Essoe, Rahul Kohli, Kristin Lehman, Robert Longstreet, Annabeth Gish, Crystal Balint, Thomas, Igby Rigney, Annarah Shephard, Samantha Sloyan, and Michael Trucco. You will be surprised that Kate Siegel, who is starring in the series, is the real-life wife of the creator, director, writer, and producer of Midnight mass i.e. Mike Flanagan. It would be interesting watching these off-screen couples creating magic on-screen.

The teaser was out on August 9, 2021. It is full of spooky vibes, and supernatural events from its very first frame, and some intense acting are to be seen from all its characters. The very first look of the teaser depicts that the island and its inhabitants are in chaos. The teaser opens with the church in the background of a priest, who said, “We tend to dislike mysteries” to one of our protagonists Zach Gilford. It depicts the priest’s love for some mischief and that his character has a shady vibe. It is evident that he is not much of a mystery-loving man, and that ill fortune follows him wherever he goes. You can watch the trailer here.

The makeup of the artists playing ghosts and other spooky characters sure sends a chill down the spine, and the VFX work is quite promising and creative. The Writer-Director sure has touched some unexplored areas in the genre. Overall, the teaser trailer is appealing and does what it meant to do i.e. intriguing us more to watch the complete story by teasing.

We, as watchers and bingers, sure do enjoy mystery, thrill, and all kinds of supernatural things. Mike seems to have made a great recipe for us to binge upon while lying in on our beds, with our face half-covered in sheets and eyes stuck on the screen.

How many episodes will be there in MIDNIGHT MASS?

There will be a total of 7 episodes in the series.

If you find the article useful, do bookmark our website to get the; latest updates about the upcoming series and shows.