Kevin Smith’s Masters of the Universe: Revelation is all set for its grand release on Netflix.

When the news about Revelation got leaked, the fans of the film with the same name (released in the 1980s) went gaga over it. The new series will be released in two parts. The first one will soon be on Netflix’s library.

This new show will make the oldies reminisce their childhood days while it might just be another animated series for the new generation. Nevertheless, both generations are expected to bond over it.

Why is the new series getting so much hype?

Surprisingly, when Netflix updated its to-be-released list, the news of Revelation broke the internet. People got very excited, and why wouldn’t they? This animated series will be serving as a tribute to the 80’s cartoon era. So, are you ready to be transformed back to the 80s?

By the power of Grayskull, we present to you all the updates about the new 2D series. So, let’s dive right into it…

When is the Masters of the Universe: Revelation releasing?

As mentioned earlier, the first part of the Netflix series will be available worldwide on 23rd July 2021. 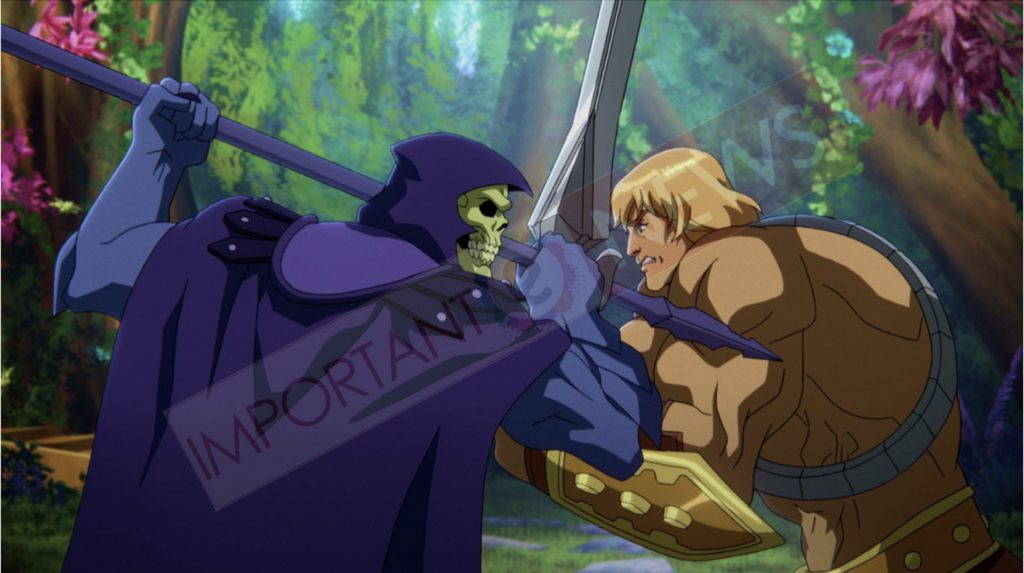 The first part will consist of 5 episodes in which we’ll see He-Man, Skeletor, and a fractured Eternia. There will also be a short show of 25 minutes in which voice actors will make their appearances. Namely, Wood, Hamill, Michelle Gellar, Headey, Rollins, Newman, Mewes, and Oppenheimer.

Only 5 episodes will go on air on July 23rd, which means fans will have to wait for another batch of episodes. Until now, Netflix has not updated us about the second part of the series, so we will have to wait until the first part premiers, and hopefully, after the release, we’ll get some news regarding the release date (of more episodes). Fingers crossed that it will be soon.

Kevin Smith is determined to bring back the 80’s heroes in the 21st century. Most of his work has paid homage to these heroes of the past. Similarly, this new series will also follow the same rules. People of all ages are eager to find out what the new He-man will look like, but many fear that this reunion might ruin their favorite childhood series for them.

What are your views on this?

Who are the voice actors?

SPOILER: you’ll be hearing a lot of familiar voices in Revelation.

Some inside resources reported that Lena Headey and Mark Hamill are co-stars. Well, who could expect a Game of Thrones and Star Wars crossover!

Well, that is one talented cast! Kudos to the casting choice.

The plot of Masters of The Universe: Revelation

The plot will revolve around the same storyline, meaning original mythology and characters. However, the characters that didn’t get enough screen-time will be explored more in this sequel.

The story will continue from where it ended 40 years ago. The plot won’t be only centered around He-man and Skeletor. We’ll get to see more of the other characters.

For those who haven’t watched the 80’s films, here is a summary that will help you understand the base of the plot.

A serious battle between Skeletor and He-man causes a lot of destruction; the Guardians of Grayskull get scattered, and Eternia gets fractured forever. Now the fate of everyone lies in the hands of Teela.

If she makes the right decision, she might be able to save the entire universe from getting destroyed. Not only this, but Teela also holds the power of solving the mystery of Sword of Power, but only if she succeeds in uniting all the heroes.

But the real question is will she succeed?

Here is a summary of the nostalgic trailer Netflix released on 4th July.

The trailer begins with the majestic voice of Lena Headey telling us about the downfall of Eternia. Following this, the characters are introduced one by one. It’s shown that the situation is so complicated that the heroes and villains of Eternia are both working together to save their universe.

The difference between the old version and the latest version is that death will be around the corner this time. Yes, indeed, this series might not fit the criteria of kids’ cartoons.

So, are you ready for the reunion?