Knockout City Season 2 Is Coming Back With a New Map, Dodge Balls and and Exciting Playlists

Knockout City Season 2: Fight at the Movies was confirmed at EA Play Life. So get ready for new maps, special balls, and exciting playlists! But when will we get the chance to get our hands over this new upcoming installment? You’ll find out in the article below!

Knockout City was released about 2 months ago. The dodgeball game got popular in a concise period of time. And it is no wonder that the game runners took advantage of this popularity and decided to launch a sequel to the game.

The theme of the new game is a tribute to pop culture. Though it appears like the game won’t be serving new modes, one thing is for sure that the new skins, maps, and a brand new Special Ball will be worth playing Knockout City 2. Then how is the gameplay of the sequel different from its predecessor?

If you have such similar questions, then continue reading the article. As it covers pretty much everything about the new game Knockout City 2!

Also Read: District 10 is finally releasing after a decade!

Karthik Bala, CEO of Velan Studios, has confirmed that Knockout City Season 2: Fight at the Movies will premiere worldwide on 27th July 2021.

The original version of the game costs roughly $20, but if players want to add more cosmetics to it, then they’ll have to pay an additional amount to avail of those features.

Since its debut, the game has amassed a subscription from a whopping number of 5 million! That is huge for a simple game of “Dodgeballs”!

And with full confidence, it can be said that the upcoming new season will beat the previous installment. As it has more advanced features, players will tend to enjoy it more! And if everything works out then, Velan Studios won’t shy away from expanding the franchise. But that is a topic for another day! 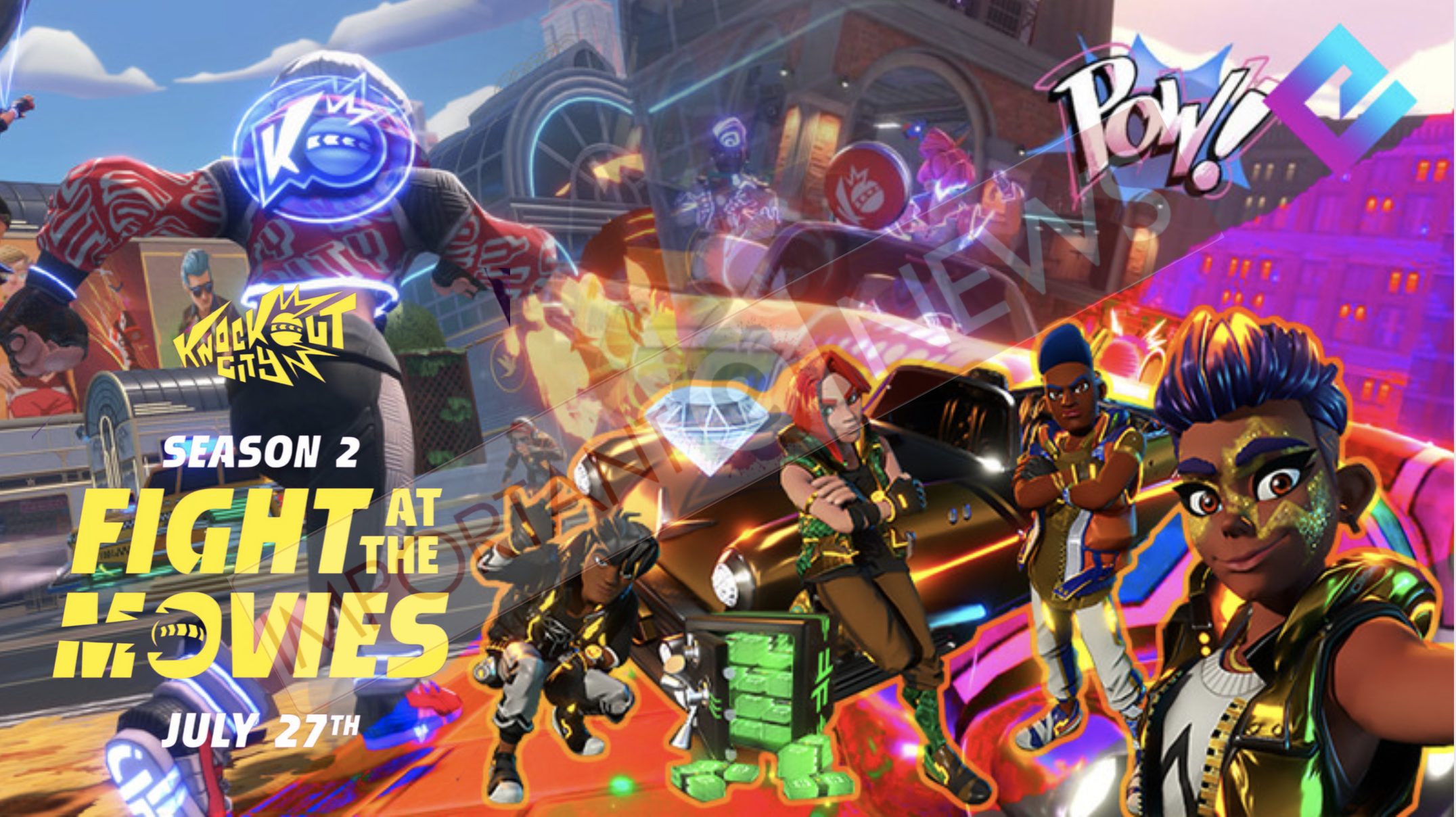 Knockout City will be made available on 27th July on the following platforms; PS4, PS5, Xbox One, Xbox Series X|S, Nintendo Switch, and PC as well!

Pretty much the same platforms as the previous installment!

The Gameplay of Knockout City Season 2: Fight at the Movies:

The first installment was launched with 6 different game modes, five enhanced maps, and five special dodge balls. So, what will Knockout Season 2 introduce?

The second season will mark the debut of “Soda Ball,” a special dodgeball which is very powerful, but its power has some limitations! When showered with soda, the ball can burst.

Hollywood influences the game’s setting! And you can switch through different sets; cityscape, a castle, and (strangely) a child’s bedroom. Along with this, there are new well-composed playlists, skins, and costumes for the players.

Other than all these new features, players will also get different bonuses. How cool is that? A few of them include a daily login bonus and some rare energy drinks.

Yes! The Studio has so far planned 4 installments of the dodgeball game; they also announced that 4 new seasons of KnockOut city would launch annually. That is great news for fans!

This also means that in 2021, we will get Knockout City 3 and Knockout City 4. Their release dates are not out yet, but hopefully, they will get announced after the second installment’s launch.

What are the Requirements for Knockout City’s Season 2?

Yes, on EA’s official YouTube account, multiple trailers will give players an overview of the Knockout City 2’s gameplay, new features, and other important stuff.

So, this was everything relevant to the game’s sequel. Got more questions? Ask us!