Fans of the rom-com movie series have known about its third part for quite a long time. However, the confirmation news came as a relief to them. Yes, you read it right. Netflix has finally revealed information about the third sequel of Kissing Booth. If you want to know all about Kissing Booth Season 3, you are in the right place. Continue reading the article to know more.

What is the release date for Kissing Booth Season 3?

The film directed by Vince Marcello first premiered on Netflix in 2018. And the hype was so great that Netflix decided to renew the film into 3 movies, which is a pretty big deal.

Just one month to go!

Will there be a 4th Kissing Booth movie?

But who knows? We might get a reunion sort of episode after some time. If anything like this happens, don’t worry. We’ll let you know.

The original cast is expected to make a comeback in the new film. This means that the cast is not changed, but there might be new additions to the cast.

Whenever there are additions to the cast, Netflix usually reveals it, or the movie’s social media account posts something about them. But up till now, there has been no such news, which means most likely there are no new additions. 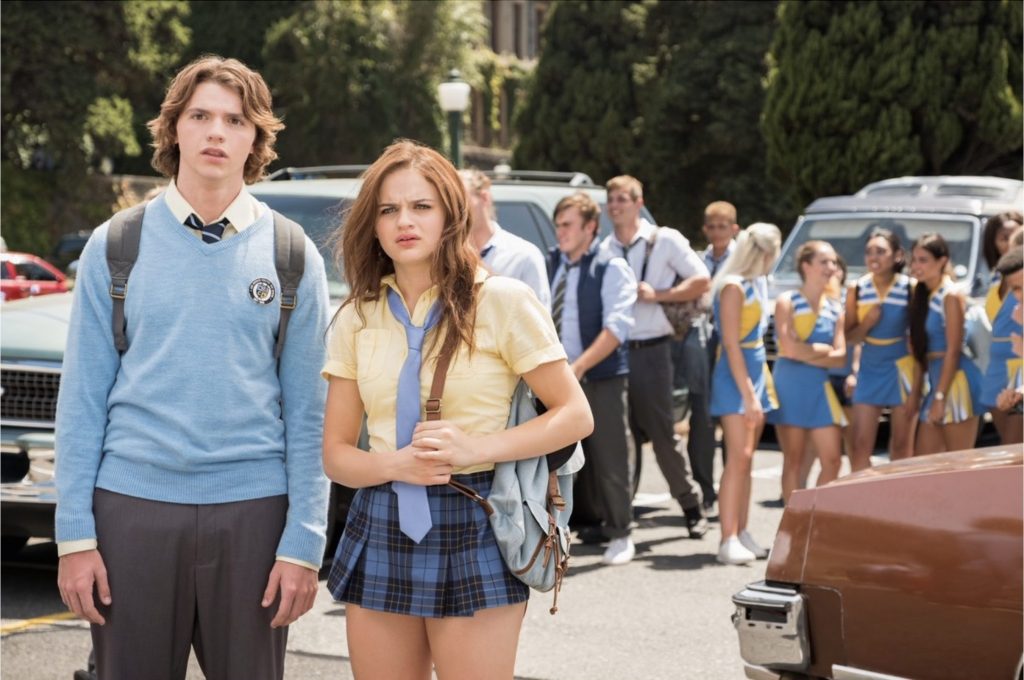 There might be some guest appearances in the new movie, well we will only find this out when the movie drops on 11th August.

Fans were skeptical about Marco being in the third installment, but surprisingly we will get to see him, which is quite interesting. Will El somehow end up falling in love with Marco?

The cast will include Joey king El, Jacob Elordi as Noah, Taylor Perez as Marco, Joel Courtney as Lee, and many others.

What will the plot of Kissing Booth 3 explore?

The main story of the kissing booth revolved around two best friends (El and Lee) and their healthy friendship, which got millions to fangirl over them. They were close since childhood as their mothers used to be best friends.

El and Lee had a set of rules which were the basis of their friendship, and no one was allowed to break them. But in the first film, El broke one of the rules, which was not to date any family members. El got romantically involved with Noah, who was the lovely brother of Lee.

They managed to keep their relationship hidden from Lee, but somehow he realized about their affair. The rest of the movie revolves around how El wins back her best friend and her boyfriend at the same time. What a superwoman.

The second part, which came out in 2020, continued with the story. It was based on El and Noah’s relationship. El, who fears that Noah is tired of her, has difficulty keeping up with the long-distance relationship. Marco’s involvement with El makes things even more complicated.

But somehow, they manage to get things back to normal between them. In the 2nd film, Lee finally had a girlfriend, but she was very insecure about El. Due to which El and Lee’s friendship once again takes a toll.

That was a recap of the past 2 films. Now let’s discuss the third movie.

Since the film is not out yet, we can only talk about the storyline shown to us in the trailer.

Most likely, the story will revolve around El trying to manage her love life and other things simultaneously. She’ll probably have a hard time deciding things; her college, friendship with Lee, and relationship with Noah. But good news because we are getting Marco back, even after all the trouble he had stirred in the second film.

Is there an official trailer for the new Kissing Booth movie?

Recently, Netflix released an official trailer on youtube. You can check it out on their official account. Be aware of the fan-made trailers.

What did the trailer of Kissing Booth 3 disclose?

Kissing Booth 3’s trailer was very emotional for fans to watch as this will be the last time they’ll ever get to see Noah, El, and Lee together.

The trailer shows all three of them spending quality time together in Noah and Lee’s beach house. Marco and El now work together, which might impact Noah and El’s relationship.

The trailer was very promising, and hopefully, the cast won’t disappoint.

Well, folks, that was all about Kissing Booth’s threequel. Are you excited about its release?

Zack Snyder is working on his new film, which will be released on Netflix and in theatres. Please read all about it.