Is Kate From Below Deck Married? On December 13, Kate shared a photo of her growing baby belly on Instagram. She captioned the photo, “I’m already planning so many birthday theme parties for you.” She took a selfie in the mirror while wearing a white and navy sundress to display her stomach. Since then, fans have been interested in learning more about Kate’s relationships and whether or not she is married.

Kate Chastain: Who is She?

The role of Chief Stew on Bravo’s Below Deck made Kate famous, but she recently took a break from the water to concentrate on her excellent career offshore. She started her yachting career in 2007 and took a third stewardess position on her first boat. She quickly fell in love with the exotic and thrilling field and worked her way up to the position of the chief stewardess, where she was entirely responsible for the ship’s interior and answered to the captain. Kate is not only a well-known author, philanthropist, and radio broadcaster who also enjoys battling with the crew’s male members (LOL), but she also has her podcast, After Deck with Kate Chastain.

When Did Kate Chastain Left Below Deck?

She shared the news of her departure from the series in 2020 and an explanation on her Instagram. “I intend to step back as a senior member of the Below Deck Family and work to become financially independent while continuing to support His Majesty Andy Cohen fully,” the statement read.

“After many months of reflection and internal discussions, I have chosen to transition this year, starting to carve out a progressive new land-based role. She remains a family member, though, as Kate’s voice can still be heard on Below Deck: Mediterranean, the long-running reality TV show’s spin-off series.

Is Kate From Below Deck Married?

Kate isn’t wed, to be precise. Two months prior, in October 2022, she made her relationship status known at Bravocon. You guys, I’m single too,” the former leader of Below Deck said. Her Instagram appears to show that she is single as well. She has mainly just shared photos of herself having a blast and a few of her friends. As of the time of writing, Kate has not disclosed the child’s father.

She told the Bravo head and her followers during Andy Cohen’s Watch What Happens Live aftershow that she intends to raise her child by herself. The 39-year-old celebrity said, “I’m doing it solo and maybe with some help, but I’m delighted to do it alone.” Even though Kate is now unmarried, many Below Deck fans are familiar with her dating past.

About Kate Chastain’s Past Relationships

On Bravo’s Below Deck, Kate was a favorite among viewers. She made her debut in season 2 in 2014 and continued to play a significant role in the ensemble until season 7 in 2020. 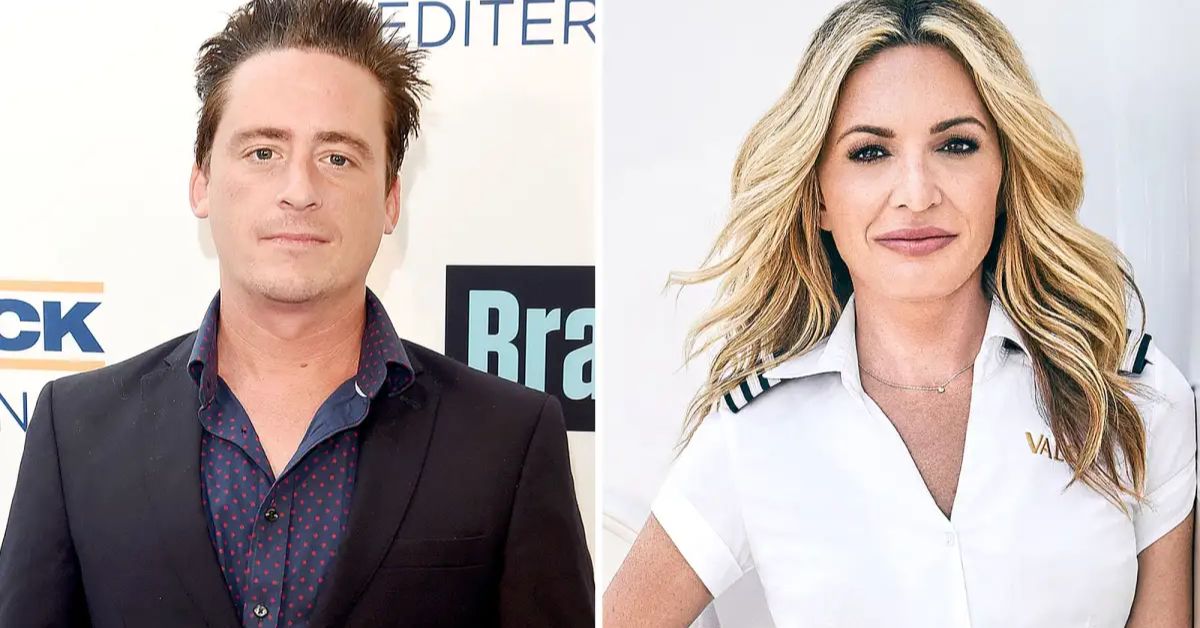 In the show’s first few seasons, the (now) 39-year-old was notably linked to chef Ben Robinson. But Kate disclosed that she had been dating a lady in season four. She met Ro Hernandez, a former Madrid, Spain, professional soccer player. “I’m not gay…..but my girlfriend might be,” Kate captioned a photo of herself kissing Ro in a now-deleted 2016 tweet.

The couple did not stay together for very long, and the Bravolebrity disclosed in season 6 that she had moved on to a secret romance. Chief Stew, however, realized that she no longer wanted to be in that relationship while the season was being filmed.

Kate Flaunts Her Expanding Baby Bulge at the Red Carpet

Kate is one of the famous people on the program, and she just went to a red carpet event with the cast. She posed with her cast mates while wearing a bronze-colored outfit that brought attention to her growing baby bulge.

Kate Chastain spilled some beans about her personal life when she arrived at BravoCon 2022 to conduct interviews with Bravolebs. She casually discussed her love life in conversation with (mainly) unmarried Bravolebs from throughout the network.

The former Below Deck head executive casually mentioned, “I’m single too, you guys.” But a short while ago, she was in the news for another area of her love life. She was asked one question regarding her dating past by Winter House’s Austen Kroll: “Did you have any hookups when you were on the show [Below Deck]?”

“Austen, you are such a skilled interviewer. She admitted this on the appropriately named “singles panel,” “Yes, I did. (Given that Kate and Austen had fought, their lovely exchange at this year’s BravoCon was an intriguing surprise.

Returning to 2022, Kate spoke with Courtney Veale and Mzi “Zee” Dempers of Below Deck Mediterranean about “secretly hooking up on a boat”; you can watch their conversation in the video up there. And if you want to know additional delicious details, like which other Bravolebs they all have a crush on, hit play on the video up there, which so happens to have all that information.

It is strongly recommended that you maintain an active connection to the website theimportantenews.com if you are interested in accumulating more knowledge on the facts presented in the previous paragraph. This is because you will be able to access other material there.