Hollow Knight: How To Defeat Nosk?

Hollow Knight is among the top-rated games of 2021! The reason obviously lies in its unique gameplay, which is full of exciting adventures and difficult challenges. In the game, you have to control a knight who resembles an insect. Through him, you have to use different spells and equipment to win against the powerful bosses. One such enemy that you have to encounter in the game is Nosk. He is one of the deadliest bosses in the game. And without a proper strategy, there is no way that you can beat him. The key to defeating him is to use the correct combat method and to be aware of his stealthy attacks. However, this task is not as easy as it sounds. It can be tough to execute. But not anymore because this guide (Hollow Knight: How To Defeat Nosk) below will help you defeat Nosk in the most efficient way possible!

How to Find Nosk in Hollow Knight?

To defeat him, you must reach him first. And the path leading to him is full of eerie experiences, so it is best to avoid them. The following paragraph will teach you how to locate Nosk.

You’ll find him in a specific area of Deepest. And this is how you can get there:

Suppose you followed the aforementioned steps in the correct order, then you have now successfully located Nosk. The next big step is to defeat him. He will go through a grotesque transformation before the battle. 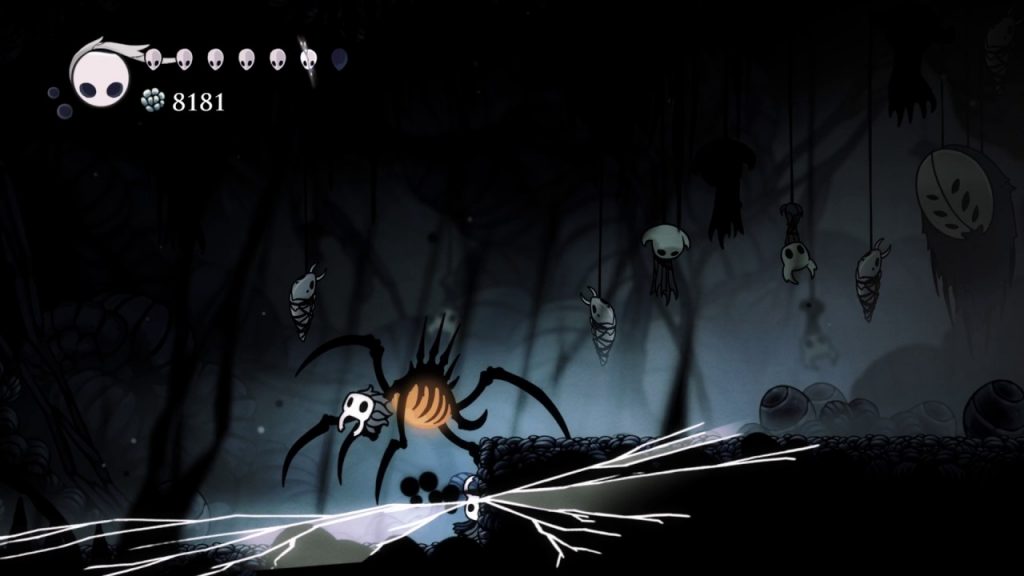 How To Defeat Nosk in Hollow Knight?

Once you’ve made your way through the broken wall in deepness, you’ll have to follow a little path of secret passageways. Then make your way through the cavern, and at a certain point, you’ll find yourself near Nosk. He is an optional boss who is very easy to tackle if you have the right little trick up your sleeves!

The most interesting bit about Nosk is that he is a mimic! So the best trick to find Nosk is to look for a character that strongly resembles yours. Why? Because Nosk will try his best to disguise himself as the least harmful character, and once you’ve ignored him, he will attack you. But if you recognize him before this attack, then you’ll win the battle in no time!

Before you begin to fight him, you must be aware that Nosk has 4 ways of dealing with his victims. And he usually juggles these 4 patterns, and to defeat him, you must understand them.

In this, Nosk chases the knight by running at a swift pace. He doesn’t stop running until he has completed one lap around the arena, even if he has killed the knight.

In this attack, Nosk leaps around the arena multiple times, and when he finds the best opportunity, he leaps on the knight.

Nosk runs to the center of the arena, where certain blobs of infection come out of him. These blobs are directed in different directions; two blobs at his feet, eight blobs at his right, and the same number at his left. These infectious blobs stay for a half-second once they have hit the ground. After Nosk is done injecting the blobs he unloads his attack on the knight to defeat him!

In this one, Nosk disappears from the center of the arena. Then after some time, he attacks the knight with showers of blobs. This attack only lasts for 6.5 seconds, and once it is over, the beast comes down to the ground to launch other attacks on the players.

So, the best strategy is to avoid the attacks by jumping upwards and if he jumps on you, then hide! If Sharp Shadow Charm is paired with the Shade Clock, you can inflict maximum damage over Nosk. The cloak will also help you in the leap attacks as the main function of the cloak is to make you invisible.

Moreover, there are two spaces where Nosk can’t reach you; in the middle platform’s left and right walls. In case of an eruption attack, immediately go to either of these places. But if Nosk launches a rain attack, then these spaces won’t keep you safe. So, to avoid the rain attacks, try to predict where the blob will land and get away from that place.

Now you know Hollow Knight: How To Defeat Nosk. If you follow these steps correctly and in a certain order, you can easily defeat Nosk in the nick of time!