A period in the history of country music that was both commercially and socially influential came to an end on Wednesday night. On Wednesday night, the Florida Georgia Line duo—Tyler Hubbard, who was born in Monroe, Georgia, and Brian Kelley, who was born in Ormond Beach, Florida—performed their final concert together at the Minnesota State Fair. They thanked the audience for their unwavering support during their collaboration before beginning their set’s climax, “Cruise.”

In February 2022, speculations surfaced that the pair would be breaking up. “I think ‘taking a break’ is the proper term, as opposed to breaking up,” said Hubbard to People. “We’re not going our separate ways,” Kelley added. “We’re taking a break from recording our music. We’re being artists. We love creating. And so a couple years back, we started writing without each other and trying different writers, and now we’re both doing that with our music.”

A period in the history of country music that was both commercially and socially influential came to an end on Wednesday night.

On Wednesday night, the Florida Georgia Line duo—Tyler Hubbard, who was born in Monroe, Georgia, and Brian Kelley, who was born in Ormond Beach, Florida—performed their final concert together at the Minnesota State Fair. They thanked the audience for their unwavering support during their collaboration before beginning their set’s climax, “Cruise.”

In February 2022, speculations surfaced that the pair would be breaking up.
As their final set of shows together, Hubbard said he was “excited” for them because it would be “a chance to celebrate FGL, celebrate the fans, celebrate each other, and then support each other on the next chapter of our musical and creative journey, which is going to be individually for a while.”

The well-known group encountered social media squabbles in 2020, with Hubbard unfollowing Kelley during the US presidential campaign. He pointed out to the radio broadcaster Storme Warren,“ I even called him and told him, I said, ‘Hey buddy, I love you. And I love you a lot more in real life than on your stories right now. So I’m just going to, so that’s why I’m unfollowing you. Nothing personal. I still love you. You’re still my brother.’ I just didn’t want to see it every time I opened Instagram. And so it wasn’t a big deal.”

This followed Hubbard admitting that he and Kelley had before attended therapy but finally “[hugged] it out because we’re brothers and that’s what brothers do.” Hubbard said that although there is “no ill blood between the two of them,” the separation happened because Kelley suggested they go solo in a July 2022 interview on Bobby Bones’ podcast.” Hubbard did add that they “might revisit getting the duo back together 10 to 15 years down the line.” He then joked that they would not reunite before then, “even if they were offered $1 million to play a wedding.”

“When we did the remix of ‘Cruise’ with Nelly, that was a really big moment for us,” Kelley told at the February 2022 opening of their Country Music Hall of Fame exhibition, “Florida Georgia Line: Mix It Up Strong.”

“The remix opened up many doors for us and expanded our minds as to what was possible in our careers. It’s inspired so much from touring with the Backstreet Boys to working with artists and songwriters in Los Angeles.”

The two became adolescent faith and worship leaders after meeting at Nashville’s Belmont University, where Hubbard was a student eager to learn about the inner workings of the music industry and Kelley was a twice-transferred baseball pitcher.

By December 2011, the duo had joined forces as a cover band (“We’re out-of-the-box thinkers, and if you can lead an audience to worship, you can lead a crowd to party,” Hubbard told). They signed with Republic Nashville, a division of the Big Machine Label Group, on July 16, 2012, following the release of their second EP, “It’z Just What We Do,” through that arrangement.

They published five albums over the following ten years, with over five million copies sold. However, the singers really made their mark as a crucial pioneer in country music’s adaptation to a singles-heavy industry driven by digital downloads and streaming.

Florida Georgia Line scored 13 No. 1 singles between 2012 and 2020. The five songs from their Republic debut album “Here’s to the Good Times” gained downloads, streams, and physical sales, equaling nearly 15 million units, as an illustration of how their singles-driven supremacy anticipated modern country’s commercial aspirations.

Five years later, their collaboration with pop singer Bebe Rexha, “Meant To Be,” topped the Billboard country sales charts for almost three-quarters of 2018. Surprisingly, the song remained at No. 1 during its whole duration. Hubbard and Kelley hold the first, third, and fifth spots for the longest-charting singles in that chart’s history with their breakthrough hit “Cruise” at No. 3 and an 18-week run at the top with “H.O.L.Y.” in 2016.

Jimmy Harnen, executive vice president of Big Machine Label Group, said of the achievement, “For Florida Georgia Line to have three in the top five is absolutely nuclear. We send out a big thank you to all of the believers.”

Joey Moi, a producer from Western Canada, has had three decades of success in mainstream pop music, working with artists including Morgan Wallen and Nickelback. He is well known for a number of names, including Florida Georgia Line. 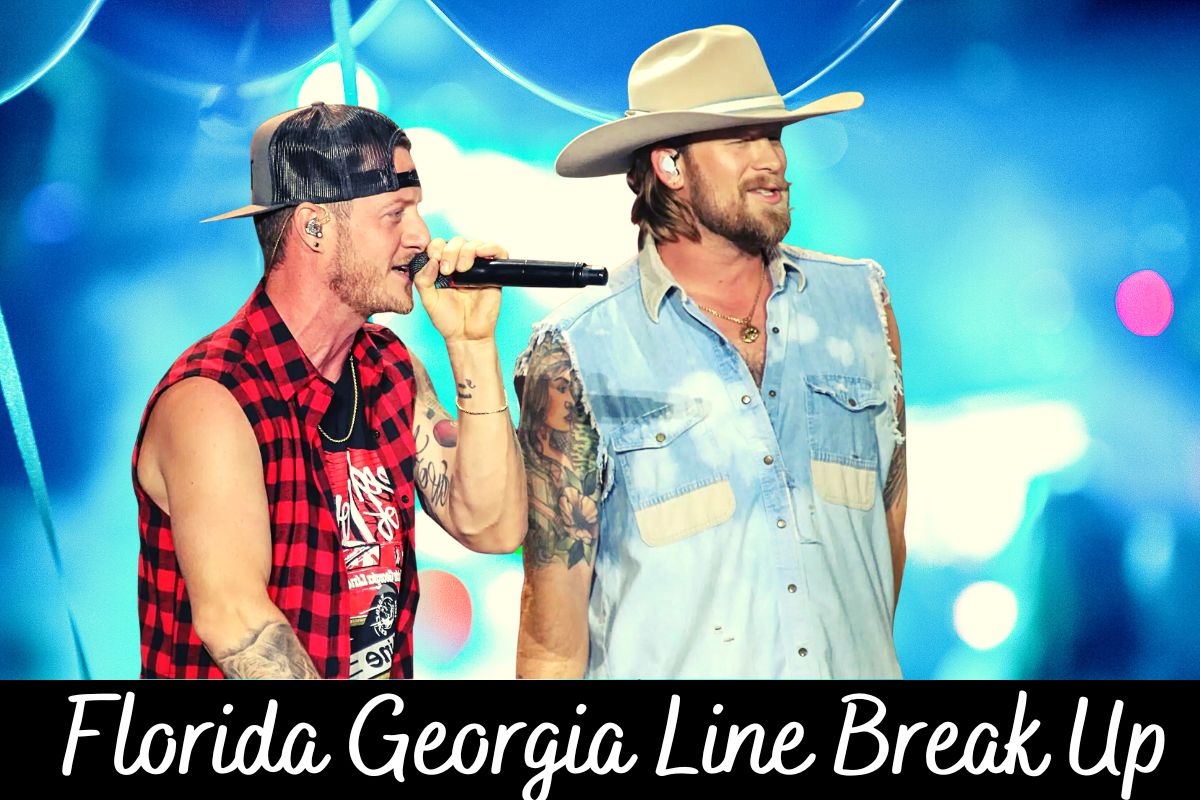 Another fan of Moi, HARDY, told Forbes in 2020 about what made his connection with Florida Georgia Line work so well:, “[Moi] is never afraid to push boundaries and is very meticulous about getting that vocal. If you listen to all the songs that Joey has produced, the vocal sounds so good, and there’s so much confidence in the singer’s vocal. That’s because he spends so much time on making sure that that’s a believable and true, good vocal. country music, telling your story is everything. He really makes sure that you’re getting your point across in the studio.”

There are currently no plans to close the four-story, 22,000-square-foot F.G.L. House bar and restaurant on Lower Broadway, which is located at 122 Third Ave. S. In 2017, Hubbard asked that the space was “a cool opportunity in our hometown here in Nashville that we love — a place we could call our own and gather with our friends, our family and our fans and create a cool environment where people can make great memories.”

According to their publicity and label teams, the two artists intend to pursue careers independently. In addition to a 2021 EP called “Sunshine State of Mind,” singles worth of solo work, and a stage musical called “May We All” that was based on the Florida Georgia Line song of the same name, Kelley has previously released several other projects. Hubbard recently released the six-track EP “Dancin’ In The Country,” and through November, he will tour with Keith Urban.

Is Paramore Still Together? Who Are The Members Of Paramore?

Top 10 Movies For Families to Binge on Thanksgiving Day