Adam McKay and Netflix are reportedly working on a new film, “Don’t Look Up,” which features many high-profile celebrities like Leonardo DiCaprio and Jennifer Lawrence. Even though we don’t know much about the film, it is expected that Netflix will release the film before 2021 ends. But what will the plot of Don’t Look Up entail?

Don’t Look Up is a science fiction black comedy that focuses on an astronomical issue. The 2 astronauts (Leo and Jennifer) will go out to save the earth from an asteroid. This is the second movie of McKay as a director; hence people are quite excited for its release. The director was inspired by the global climate changes of the world and also the pandemic. In an interview, he said:

“That is kind of how it started. But then the pandemic hit. What that did was bring out what the movie is really about, how we communicate with each other. We can’t even talk to each other anymore. We can’t even agree. So it’s about climate change, but at its root, it’s about what has the internet, what have cell phones, what has the modern world done to the way we communicate.”

McKay is known for his spectacular cast of his films, and this time, the upcoming film has a lot of famous faces. Who are they? You’ll read all about them below, so let’s get the ball rolling!

The film finished filming in February of 2021 (in Massachusetts), so it was understood that the movie would premiere in 2021. However, Netflix did not announce this officially until last month, when they revealed that Don’t Look Up will premiere worldwide on 24th December 2021. The movie will also go for a theatrical release, but the main focus of the filmmakers is the ratings on the streaming site!

The film will be led by the dynamic duo of Leonardo DiCaprio and Jennifer Lawrence. They will play the characters of Dr. Randall Mindy and Dr. Kate Dibiasky, respectively. But who else other than them will feature in Don’t Look Up?

Other important cast members include:

He will assist Randall and Kate in their unusual quest!

Jason is President Orlean’s son and Chief of Staff. 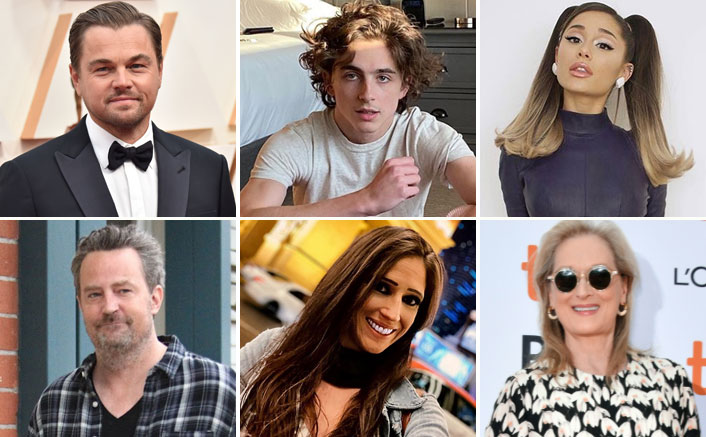 He is the Chairman of the Joint Chiefs of Staff!

The film has garnered a lot of attention because of its star-studded cast. And fans do have high hopes for them! Sadly, very less is known about the aforementioned characters.

Don’t Look Up is a fictional movie about an asteroid that is very close to destroying the earth. The two scientists, Randall and Kate, already know about this, and they will try their best to convince the world to believe them. But the main problem that they will face is that people will label them as conspiracists!

Leo’s character is more serious, and on the other hand, Kate will play a slightly less serious scientist. As the film comes under the black comedy genre, expect dark humor intense situations, especially from Dr. Randall.

Meryl Streep’s character, the president, seems to ignore the gravity of the situation. This was observed in a short teaser that was revealed in the Olympics. As we don’t have an official plot synopsis of Don’t Look Up, this is all that we can say about the storyline of the upcoming film. As the film is scheduled for a December release, we’ll get to know more about the film in the coming weeks of September!

All we have for now is a short teaser clip that, too, wasn’t disclosed officially by Netflix! However, the trailer for Don’t Look Up will drop somewhere in September. But if you can’t wait to catch a glimpse of the movie, then there are a few set pictures that will quench your thirst for now. So, don’t forget to check them out!