Netflix has a lot of interesting shows in different genres but the coming-of-age is inarguably the best of them all. And the streaming giant is coming back with another limited teenage series “Colin In Black & White”. The show is written by an unusual but dynamic duo of Colin Kaepernick and Ava DuVernay! The other great news is that the show will be released in 2021 along with other series like Money Heist and Lucifer. So, it is safe to assume that the brand new series will have some tough competition.

The NFL star, Kaepernick, is quite excited to embark on his new journey after he retired from football as a sign of protest. In an interview he said:

“I’m excited to share this first peek into a project I co-created with the incomparable Ava DuVernay over the past couple of years. I look forward to the world meeting the incredible Jaden Michael, a young actor who plays me during my high school years, just a kid growing up in Turlock, California, who wanted to play ball.”

The most interesting bit of the upcoming project is that it is actually based on the real life events of Colin Kaepernick. So, that is great news for the Colin fandom! The show will be led by a young actor Jaden Michael whose new pictures from the set look very promising. He might be a new actor but his talent for sure isn’t. But when will this series premiere on Netflix? And will it have any more seasons?

All of these queries are discussed in detail below. So, let’s begin!

Netflix announced recently that Colin in Black & White will release on 29th October 2021! The series will just have 6 episodes in total each lasting for about half an hour. So you can easily binge-watch the entire show in 3 to 4 hours. Hence, don’t forget to clear the day on your calendar. 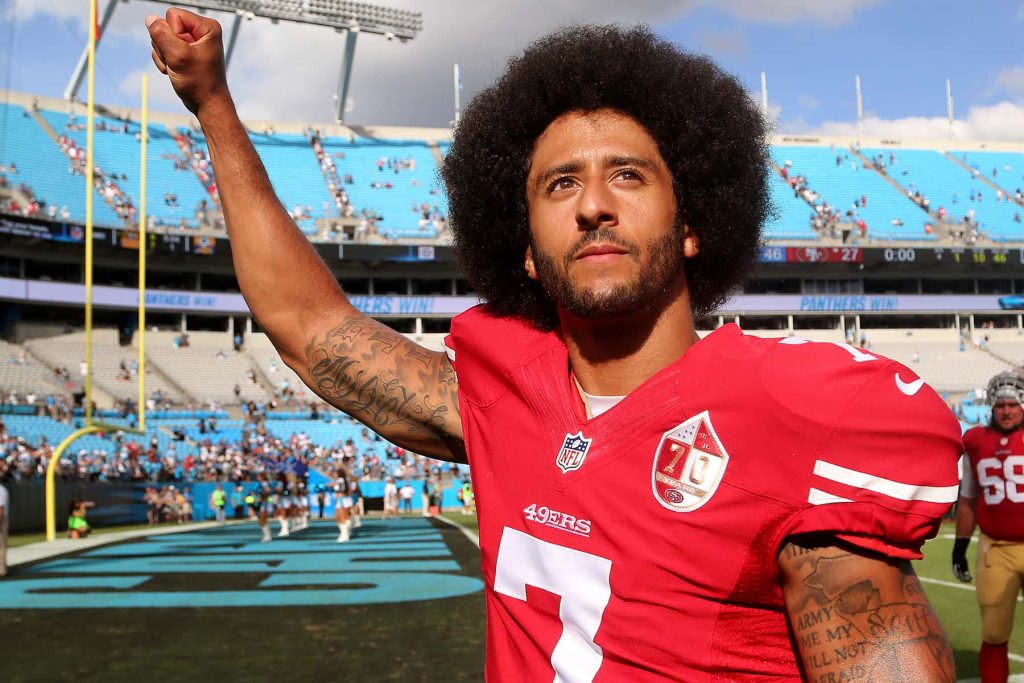 Those who have hopes that Netflix will renew the show for a second season, we have got a bit of bad news here; the upcoming show is being released as a limited series. Meaning that Netflix has no intention of producing any more iterations of it, so this should cancel out all the expectations that you had for the sequel. But in the past, we have seen the streaming site giving shows more than one season, however this decision solely depends on their popularity.

Will Colin In Black & White get a second season? Well, that is a topic for another day!

The show got unconditional support because of its strong black lead. Kaepernick said: “Too often we see race and Black stories portrayed through a white lens.

“We seek to give a new perspective to the differing realities that Black people face. We explore the racial conflicts I faced as an adopted Black man in a white community, during my high school years. It’s an honor to bring these stories to life in collaboration with Ava for the world to see.”

Back in 2020, it was announced that young Kaepernick will be played by Jaden Michael. Other main cast members include:

And the NFL star will play the role of the narrator! We are expecting more cat members which hopefully will be revealed in the upcoming weeks.

As mentioned earlier the series will revolve around the major life events of Colin Kaepernick. How he grew up as a black kid in a white foster house and the challenges that he had to face as a black athlete in the NFL. The official plot synopsis given by Netflix is:

“This drama series from Colin Kaepernick and Ava Duvernay explores Kaepernick’s high school years and the experiences that led him to become an activist.”

Duvernay himself has high expectations from the series:

“With his act of protest, Colin Kaepernick ignited a national conversation about race and justice with far-reaching consequences for football, culture and for him, personally.

“Colin’s story has much to say about identity, sports and the enduring spirit of protest and resilience. I couldn’t be happier than to tell this story with the team at Netflix.”

All these comments sound very promising and we surely can’t wait for the 6 part series to drop!

There is no trailer for Colin In Black & White so far but we do have some set pictures! The teasers or trailers are expected to drop in the upcoming month and whenever that will be we’ll update you.

There is still a lot of time till the film’s release but in the meantime, you can watch some equally interesting shows added recently on Netflix. One such suggestion is Outer Banks. Read all about it here!