After the Karate Kid’s exceptional performance on YouTube, Netflix decided to buy the show’s rights. Ever since we have had 3 seasons, and a 4th season is all set to release. But even before the release of the upcoming season, the showrunners have greenlit Cobra Kai Season 4! Nevertheless, we are still running short of major details on the Cobra Kai Season 5.

The production for Cobra Kai will begin this fall in Atlanta! As the 4th season will come out in December, we are expecting that the 5th installment will also follow a similar pattern. The franchise is set on events that took place 30 years after the original movie. Cobra Kai is inarguably one of the best Netflix shows, and its ratings have been quite strong since these past seasons, so a 5th season was inevitable. And the fandom should be very grateful that they got to hear the blessed news this early because Netflix has a reputation for delaying such announcements.

As the 4th season of Cobra Kai has not premiered yet, there is not much that we can predict about Cobra Kai Season 5, but everything that we could find in the interviews has been summed up down below. So, if you are eager to find out about the upcoming season, continue reading the article!

The 5th season is quite far away from us, but the enuthistasic fandom has already started questioning whether there will be the 6th season of Cobra Kai. The franchise has some impressive viewership records from where we are right now, but it all depends on the writers. If they are willing to continue with the story, we will definitely get to see the 6th season! 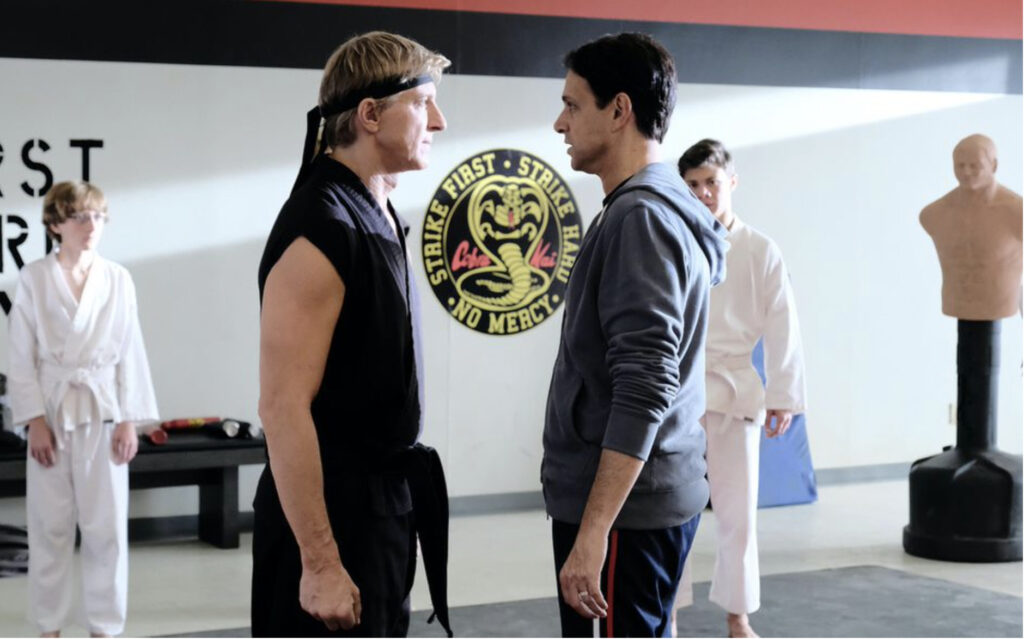 There is no specific release date for Cobra Kai Season 5 but as the production is scheduled to start in 2021, expect the 5th installment to come out somewhere in 2022. As we are in the middle of a pandemic, we can’t say anything definite about its release date. It might even take later than if the covid situation gets worse.

The premiere date of Cobra Kai Season 5 is still unknown, but the 4th season will come out in December (2021). So, we shouldn’t get ahead of ourselves and wait for the 4th season to release first!

Other than the renewal news of the 5th season, Netflix did not disclose anything else, so we don’t know who will be returning in the upcoming 5th season. But as the show can’t progress without its main characters, we are quite confident that the lead cast will feature in Cobra Kai Season 5. The following list contains the names of the expecting actors (and their characters).

The casting depends solely on the storyline of the 5th season. Moreover, as the 4th season has not premiered yet, we are not sure if all the characters will be returning because, in case of any deaths, you won’t get to see the dead characters in the following season. So, we’ll have to wait until the 4th season goes on air!

Well, again, we are not sure of the storyline of Cobra Kai Season 5. Because Netflix is yet to reveal the official plot synopsis of the show. Once we start getting the trailers and teasers from the 5th installment, we will be more content to judge the storyline from.

But we are sure that the franchise will not deviate away from its main plot of boxing and rivalries! Don’t expect the showrunners to reveal the details soon because this is confidential, so you’ll have to remain patient. However, in case of any major leaks, we’ll update this site at the earliest. So, stay tuned!

We don’t have basic information about Cobra Kai Season 5, so naturally, there is no trailer or even a single clip from the 5th season. But we can expect some BTS pictures or footage once the filming begins.

If you haven’t watched the first 3 seasons of Cobra Kai, then this is your time to shine. You can stream all of them on Netflix. So, watch it before it is too late!