Recent images of Call of Duty have given us a glimpse of the upcoming game. But this wasn’t enough, as fans were demanding some footage that would give them a rough idea of the gameplay. And Activision did fulfill these demands! The Call of Duty Vanguard teaser contained several elements inspired by World War 2, meaning that the upcoming installment will focus on the mid 20th century.

Sledgehammer Games is developing the upcoming installments responsible for producing previous installments of Call of Duty too! However, the game is not out yet. Activision will release it in an in-game event on 19th August. The Call of Duty franchise has always been in the spotlight, but when fans learned about the World War 2 setting, they became even more restless to find out about the upcoming game’s details.

Previously Activision sent out different clips from the game to content creators all over the world. When these clips got puzzled together, the developers confirmed the WW2 rumor! Vanguard will take place during the Battle of Verdansk Warzone. But what else did the developers disclose in the Call of Duty Vanguard teaser? Let’s find out!

On 19th August, it was announced that Call of Duty: Vanguard will release on 5th November 2021!

Activision announced: “Join the battle and experience the worldwide reveal of Call of Duty: Vanguard live in-game. Be the first to the fight and be rewarded—report to Call of Duty: Warzone and play in any playlist between 9:30 a.m. PT / 12:30 p.m. ET and 10:29 a.m. PT / 1:29 p.m. ET and prepare to participate in a limited-time Double XP, Double Weapon XP, and Double Battle Pass XP event before the battle begins.”

The game is getting launched in a very turbulent time for Activision because the workers have accused the company of disrespecting its employees. Plus, there is also a lawsuit accusing them of sexual harassment! But will all of this affect Call of Duty Vanguard? We’ll know about it once the game releases! 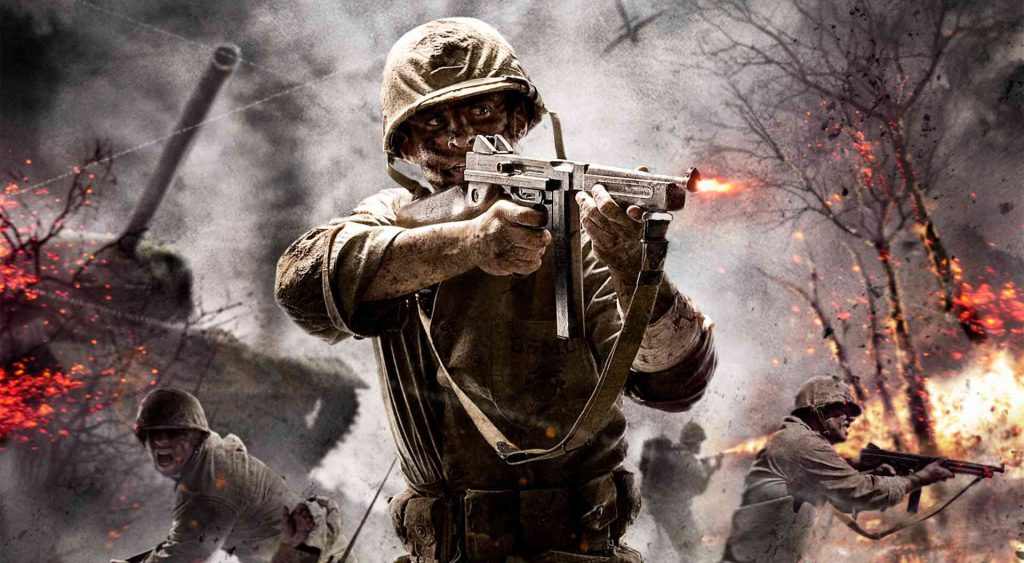 The latest teaser was full of cinematic shots of locations from all across the world. If you are an avid player of the franchise, you must have noticed that the teaser contained all these places: Pacific Front, the Eastern Front, the Western Front, and the North African Campaign. Vanguard will be set in a warzone event, but what will happen in it?

Strangely the teaser did not focus on combat at all. There was a noticeable lack of characters in the clip; however, the debris and the dilapidated buildings hint at the aftermath of a war. Will the gameplay of Call of Duty Vanguard focus on what happened after the gruesome war? We can’t say anything definite about it, but this query will likely get solved in the official trailer.

The Call of Duty Vanguard teaser gave a very brief overview of the game! But some keen fans noticed certain hints in the teaser, which they were kind enough to share with the rest of the fandom. Firstly, there was a fallen badge with the Task Force 141 logo on a German forest floor. But what does that mean? This small hint gave us a major part of the upcoming game! The logo is from 2019’s Call of Duty: Modern Warfare, but this does not mean that Vanguard will consist of the same old characters because Captain Price and his other soldiers were not born during World War 2, so we will get to see a brand new batch of characters belonging to the Task Force!

It seems like history is repeating itself because last year’s Call of Duty: Black Ops Cold War reveal also happened in the same way. In the short teaser, a sniper pops up out of nowhere and eliminates an opponent in a very ruthless way. This sniper might play a crucial role in Call of Duty Vanguard. But as these are just our assumptions, we can be wrong too! So, it is better to wait for the official gameplay of the upcoming game to be released.

Revisiting Game of Thrones on PS4 – Is It Worth It?

Elder Scrolls 6 Release Date Status: Is It Officially Renewed In 2022?