Netflix’s latest psychological thriller, Behind Her Eyes’ season 1 ended on a cliffhanger. Consequently, it left the fans bamboozled and in hopes of their favorite show getting renewed. But the big question is, will there be a Behind Her Eyes Season 2 following that ending?

Based on Sarah Pinborough’s best-selling novel of the same name, the show with just 6 episodes was surprisingly a hit. So I decided to research and find out if we’ll be getting another equally interesting season.

Here is everything you need to know about the new season’s cast, plot, release date, and even the rumors surrounding it. The article also includes my predictions on what season 2 will be about.

Disclaimer: There are some spoilers from season 1.

Here is all that we know so far!

When will Netflix release Behind Her Eyes Season 2?

In cases where the second season is unknown, such as this series, the directors analyze the first month’s rating and decide the renewal accordingly. As far as we can observe, we don’t have any such news from Netflix to this date.

Moreover, Behind Her Eyes was released as a limited series meaning the show was aired to have one season only, and the six episodes covered pretty much everything that was written in the book. 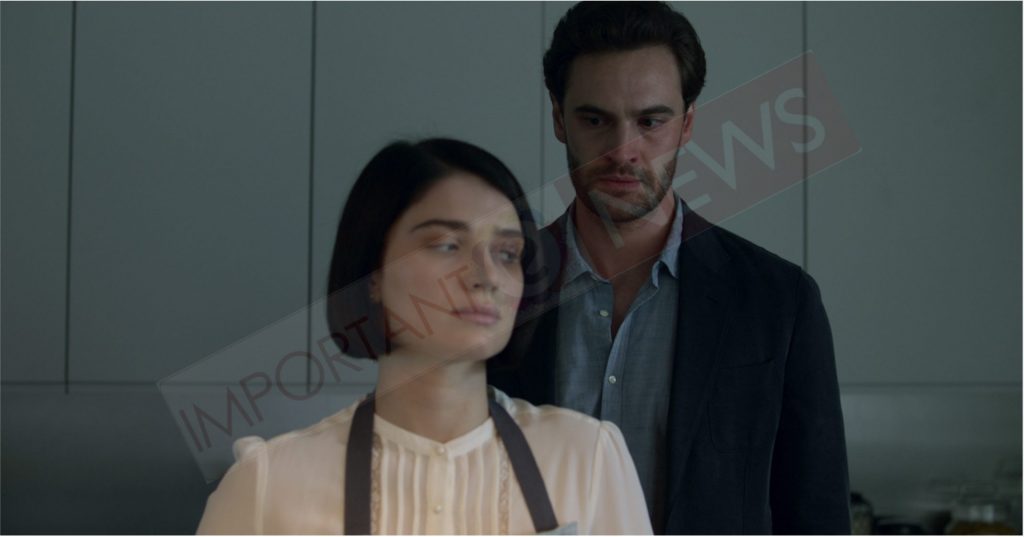 But hold on, don’t be disheartened because Netflix has a history of continuing shows regardless of the books’ story (The Handmaid’s Tale is an example).

If the new season does get commissioned, I expect it to be released at the same time next year.

Behind Her Eyes Season 2 Plot

Behind Her Eyes is a captivating blend of relationship drama and psychological thriller with a similar feel and tone to a Stephen King novel. The show started as an average love triangle and typical couple drama story. Still, over time, it turned into something completely different with all the surprises and a mind-boggling ending.

The entire show of 6 episodes banks on the twist. This plot twist comes in the last minutes of the sixth episode. It’s based on supernatural astral projection that allows people to switch bodies.

So what can you expect of the second season?

At the end of the first season, it is revealed that Rob had inhabited Adele’s body all along, and in the final episode, he switches his body with Louise (through astral projection). Louise and David get married and head off to start their new lives with her little son, Adam.

We can estimate the development of the series’ ending since Adam seems to doubt Louise’s behavior.  Perhaps, Adam might hold the key to the truth if he can identify the suspicious behavior and tell David about it.

Will Rob be punished for his selfish and malicious acts? Maybe season two will resolve this moral conundrum. From this twisted ending, we can predict that it will only be darker if we get a new season.

A gripping dark continuation of the story could be Louise getting rid of Adam. It’s the most logical prediction because we could see her intentions about Adam unfolding in the last episodes of the show. If nothing else, the show can explore the backstories of the main characters.

Season two will surely change everything. It will massively deviate from the main plot. Nonetheless, it is going to make a good backbone for the series to continue.

With there being only one novel, the possibilities are endless for the progression of the story.

Behind Her Eyes Season 2 Cast

The cast in this show really did provide great performances, which allowed us to connect with and believe the characters.

So, will the cast return for the second season?

If the show is renewed, I think it’s safe to say that we can expect Tom Bateman, Simona Brown, and Tyler Howitt to play their respective old roles in the assumed scenario of the second season.  Since the show ends with Adele’s death, Eve Hewson will probably not be seen in the second season unless there are some flashback scenes. There is also a possibility of Robert Aramayo returning as Rob.

But all these assumptions are dependent on the story, which refers to the past events explaining what happened. If this is the scenario, then there will most likely be new additions to the cast.

When can you see it?

Well, sorry to disappoint, but Netflix hasn’t released any news regarding the new season, and the actors have neither denied nor confirmed any such news.

As we said, if Netflix approves the second season of the series, you will likely see the trailer in January 2022.

What do you think of behind her eyes? Do you think we’ll be getting another season? Let us know about all your assumptions in the comments down below.