Your favorite WLW couple is coming back on screens sooner than you expected. Yes, it’s true Cazzie is indeed making a comeback this July. Netflix’s critically acclaimed show, about an autistic kid’s life, premiered for the first time in 2017 and has ever since maintained its exceptional content. If you are counting days until the Atypical season 4 drops, then you are not alone. The following article includes all the details about Atypical’s new season coming out this summer.

So let’s dive right into it.

As mentioned in the title, the new installment is coming out on 9th July. It was confirmed by Netflix a few weeks back. Along with this, Netflix also disclosed that the new installment would have 10 episodes each 30 minutes long. The good thing is that all episodes will be released simultaneously, meaning you can binge-watch them without any hindrances.

The 4th season was renewed by Netflix shortly after the 3rd season aired in 2019. This installment was supposed to come out in 2020, but due to the pandemic, the production got delayed. However, now that everything is back to normal, we are getting the Gardener family back on screens.

Will there be a 5th season?

Unfortunately, when the 4th season was renewed, it was revealed that there would be no more seasons after it. So, yes, the 4th season will be the last season of Atypical, but who knows, maybe after a few years, we’ll get a reunion or a spin-off. But these are just assumptions, so it is better not to keep any expectations for now.

Are there any changes in the cast of the atypical season 4?

Whenever a show has new cast members, it is usually revealed by Netlflix or the show’s social media accounts, but up till now, we don’t have any updates on the new cast.

Deducing from this, the cast will most likely stay the same. But there might be a possibility of actors making guest appearances and that we will only find out when season 4 premiers. 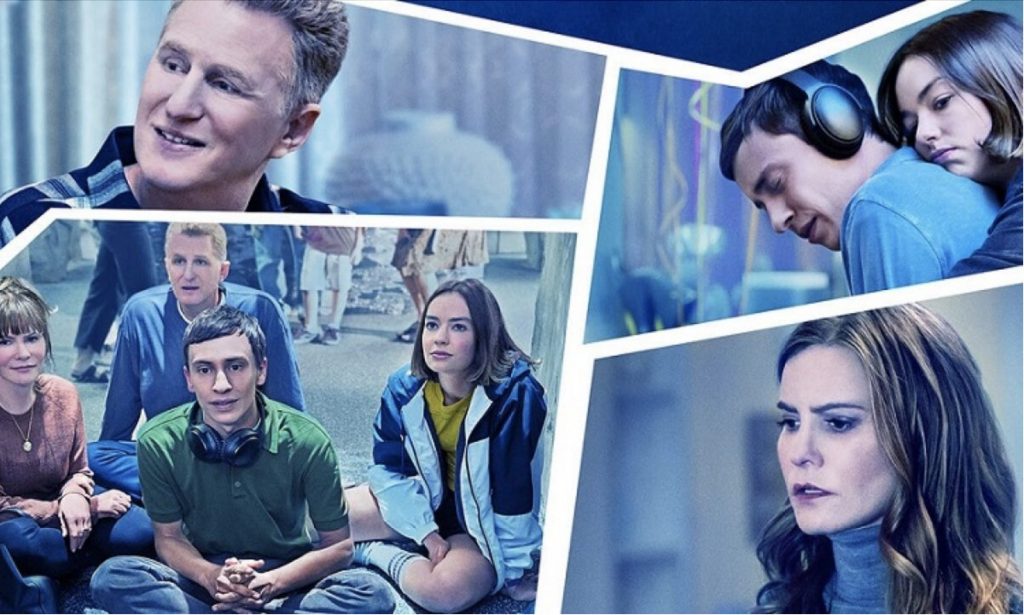 So get ready to see Brigette, Keir, Nik, Fivel in their old respective roles.

Will the plot of Atypical’s new season explore something different?

This part of the article might contain spoilers, so if you haven’t watched any of the 3 seasons, skip this paragraph for your own good.

The show’s main plot is about an autistic child Sam Gardener (played by Keir Gilchrist), and how he goes on throughout his day. It shows all the problems kids like Sam’s face. Aside from his story, other side characters are also explored.

Season 1 focused on Sam’s love journey while his sister (Izzie, played by Brigette) falls in love with Evan (played by Graham Rogers). The parents Elsa and Doug, are shown as extremely supporting parents for whom their children are everything. Sam also has a very supportive best friend who is always giving him solutions to his never-ending problems.

The following 2 seasons focus on other characters more. The Gardeners go through a split; as they face some family problems (spoiler alert, someone cheats). While this happens, Casey and Izzie become very close friends, and their cute friendship will make you yearn like never before.

As the show goes on, Izzie has a hard time exploring her sexuality and acknowledging the feelings that she has for her best friend, Casey. The show got a boost in views when the romantic relationship of Casey and Izzie was introduced.

With that being said, season 4 will pick up from where things ended. So we will get to see more of Cazzie’s relationship. The most interesting part will be Sam moving out, as this is a big achievement for him. The plot will also show how Doug and Elsa get things normal between them. So the new season will explore everything as there will be no more seasons coming after it.

The trailer for Atypical showed the main characters moving on in their life.

It also bids an emotional farewell to the fandom. Here is the synopsis of the trailer released by Netflix.

Sam Gardener takes an academic leave to focus on what he wants in the future. Elsa, who is extremely proud of her son, fails to hide her emotions about him moving out. Plus, Sam and Paige have a good healthy relationship now, so we’ll most likely see a happy ending for them.

On the other hand, we see Cazzie and Izzie accepting their queer selves and fans are very happy about it.

We hope that this season will bring no bad news for us, but if it does, we’ll go through it together.

So, folks, that was all regarding the 4th season of Atypical. Are you bummed over the fact that it will be the last season? Do let us know.

Check out our other Netflix-related s articles talking for all the latest updates regarding your favorite shows.